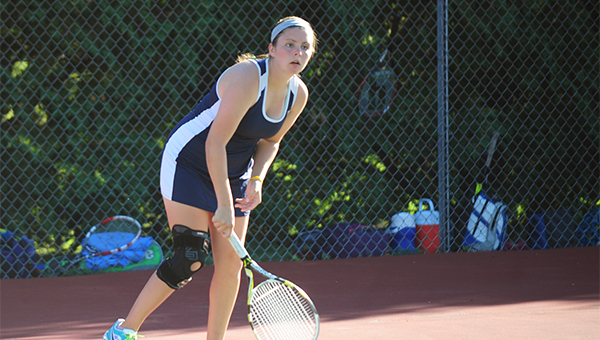 WELLS — The United South Central girls’ tennis team dropped a couple matches last weekend, but it found its way back into the familiar win column on Monday.

The Rebels (12-2) were dominant on their home courts and defeated Le Sueur-Henderson 6-1 on Monday afternoon. All of USC’s singles players and two of its three doubles teams were victorious on Monday.

No. 3 and No. 4 singles players Kia Legred and Julia Stenzel defeated their respective opponents 6-0, 6-0.

“They just went out there and took care of business,” Bailey said. “And they dominated from the first point to the last.”

The Rebels will not get much time to revel in their victory. They will be back on the courts to host Sleepy Eye at 4:30 p.m. today. USC will also play Belle Plaine at 4:30 p.m. Thursday. Bailey said it was not ideal to play three matches in one week, but it was necessary in order for the team to have a full schedule.