Tigers are not intimidated 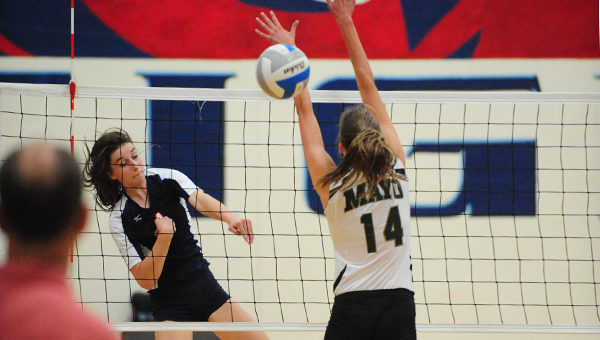 Despite a 3-0 home loss against Rochester Mayo on Thursday, the Albert Lea volleyball team showed it won’t back down from a Big Nine Conference heavyweight.

Midway through the first and third games, the Tigers were within one point of the Spartans, and in Game 2, Albert Lea led 15-10.

“We’re definitely competing,” Albert Lea head coach Lisa Deyak said. “Last year, we didn’t compete with Mayo, but we felt like we had the opportunity to beat them tonight.”

The Tigers showed they were not intimidated early, but Rochester Mayo caught fire at the end of each game. The Spartans ended Game 1 on a 14-9 run. A 15-4 run wiped out a 15-10 Spartan deficit in Game 2, and a 5-2 run to end Game 3 finished the match.

To build that five-point lead in Game 2, Albert Lea’s Camryn Keyeski served back-to-back aces and Rochester Mayo was forced to take a timeout to stop the momentum.

“She (Keyeski) has been playing great all season,” Deyak said. “She’s getting amazing digs, and her serve-recieve is great. Every time she gets on the floor, she gets better and better.”

Keyeski led the Albert Lea back row with 18 digs.

“We were really aggressive, and we didn’t let a lot of balls hit the ground, which was good,” Keyeski said.

The Tigers also found success up front. The combination of outside hitters Annie Ladwig, Sydney Rehnelt and Julia Deyak along with Kassi Hardies and Taylor Willis on the inside gave the Spartans fits.

Hardies and Willis combined for five blocks and seven kills. Bryn Woodside set up Hardies for a quick kill in Game 1 on a well-rehearsed play.

“We’re running our plays and getting great kills out of them,” Deyak said. “We’re very proud of that.”

Ladwig and Julia Deyak led the Tigers at the net with seven kills each. Woodside earned a team-high 24 assists.

Keyeski said being in the top half of the conference standings gives the team confidence.

“It’s gives us an extra boost to keep going,” she said.

Next, Albert Lea plays at a tournament in Hopkins at 10 a.m. Saturday. 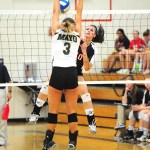 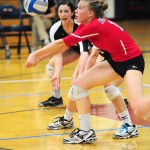 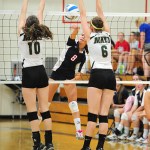 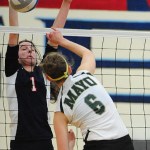 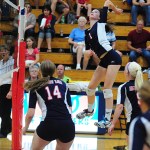