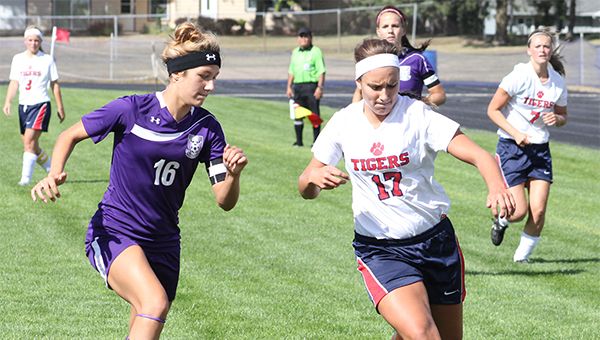 Albert Lea’s Holly Wichmann advances the ball Saturday during the girls’ soccer tournament at Albert Lea in a 6-0 win over Red Wing. Wichmann earned an assist against Red Wing, and she scored a goal in the Tigers’ 11-0 win against Stewartville. — Drew Claussen/Albert Lea Tribune

Look for scores and statistics from the tournament in the Sept. 14 scoreboard. 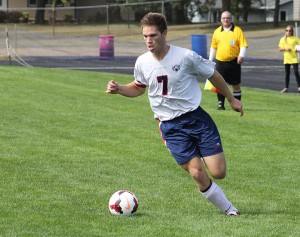 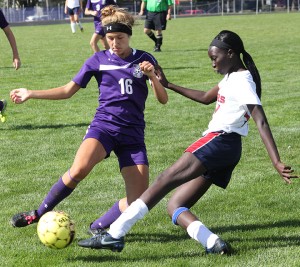