Amanda Leonard, of North Mankato, and Neal Wenninger, of Lafayette, were married at 4 p.m. June 22 at Crossview Church in North Mankato. 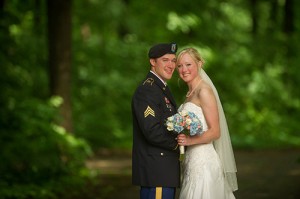 Leonard is the daughter of Dean and Bev Leonard of Albert Lea. The bride is a 2007 graduate of Albert Lea High School. She graduated in 2011 from Northwestern College in Orange City, Iowa, with a degree in elementary education. She is employed at Mankato Public Schools.

Wenninger is the son of Glenn and Kathy Wenninger of Lafayette. He is a 2009 graduate of South Central College in North Mankato where he studied to be an agriculture service technician. He is employed in farming and by the Minnesota Army National Guard.

A reception was held at the Verizon Wireless Center in Mankato following the ceremony.