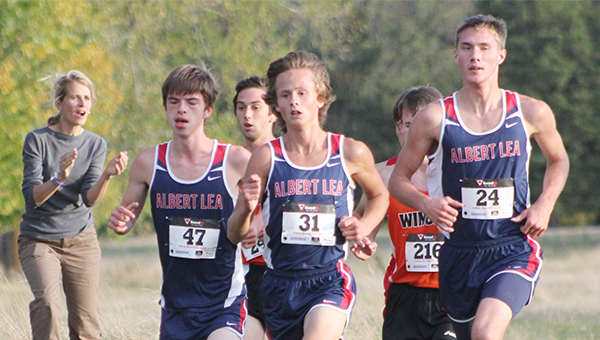 The Albert Lea boys’ team took first place out of six teams and had three top 10 finishers, and the girls’ team finished second out of eight teams.

In the girls’ race, Haley Harms led the way in seventh place with a time of 15 minutes, 45 seconds. She was followed by Emma Behling in 11th and Rachel Kennis in 12th.

Next, Albert Lea competes at the Big Nine Conference race at Brooktree Golf Course in Owatonna at 4 p.m. Tuesday.