Barn lost to fire near Austin 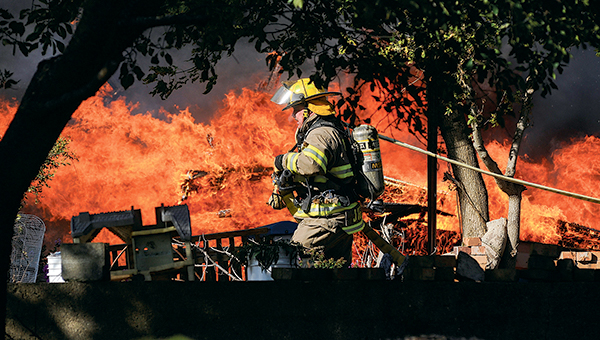 AUSTIN — A fire Wednesday afternoon took at least one building and damaged another at a rural residence southwest of Austin.

Austin firefighters responded to the Daniel Borgen property at 50718 195th St. on a report of a barn on fire. The structure was fully involved by the time firefighters arrived on scene. Flames also got into a grove of trees surrounding the property. 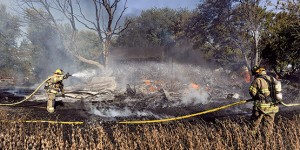 Austin firefighters put water on the remains of a barn.

“My dog acted weird,” Borgen said as he watched firefighters battle the fire. “Started taking a look and I heard fire crackling. It went fast.”

Borgen said that the structure was used for storage and contained mostly wood he was saving.

Although the official start of the blaze is still to be determined, Borgen suspects he knows what started the fire.

“(My) cigarette,” he said. “Probably knocked the cherry off. There’s no electricity out here. It’s the only thing I can think of.”