Civic Music to host tribute concert for second of series 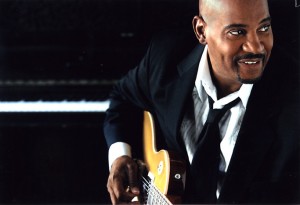 “A Tribute to Nat King Cole” with Allan Harris. –Submitted

The concert will be “A Tribute to Nat King Cole” with Allan Harris.

Somewhere in his career, Harris developed a talent for evoking “King” Cole’s mellow baritone. The similarity between Harris and Cole is a gift, not a gimmick, as many audiences have witnessed the almost identical sound between them. Harris sings all of the Cole favorites. He has cultivated a global following, playing for packed houses and receiving outstanding reviews throughout the United States, Europe and the Far East.

Some of the hits Harris will perform are “Unforgettable,” “L.O.V.E.” and “Mona Lisa.”