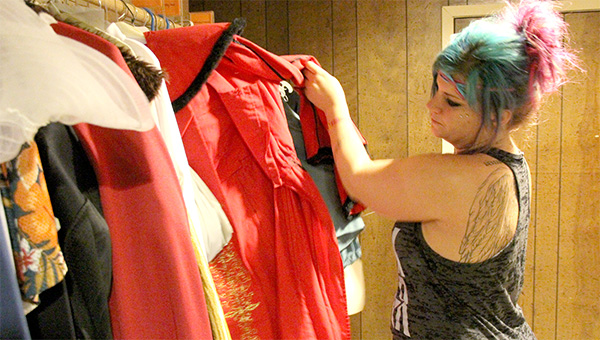 Carly Solland of Hartland is a self-proclaimed Halloween freak.

With her birthday falling on Nov. 9, she and her husband, Gary have hosted a combined Halloween and birthday party for the last 20 years.

Her love of the fall holiday has now led her and her mother, Mary Umstead, to open Hallow’s Eve, a costume shop, at 221 S. Washington Ave. 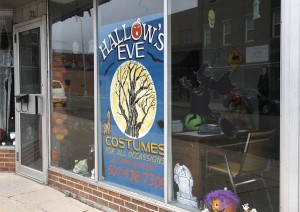 The store opened Monday, and features 374 costumes purchased from the former Courtly Manor and 48 costumes of Solland’s own. Most of the costumes are gently used, though there are a handful of new items as well.

“There’s nothing better than being able to dress up and go trick-or-treating or go out with friends,” Solland said. 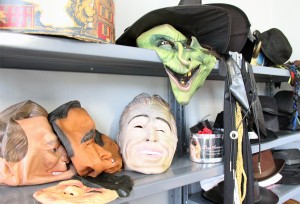 In the shop, there’s everything from costumes depicting Elvis to convicts to nuns and even Dalmations. There are dresses from the 1920s through the 1990s, along with dozens of hats, masks and wigs.

There are also costumes for other holidays such as Easter Bunny outfits, Santa suits and leprechaun and cupid costumes, she said.

Most of the costumes are adult sizes, but there is a small children’s section. Solland said as the business continues, they hope to expand on their children’s costume selection.

It is the second venture for Solland and Umstead to go in on together. The mother-daughter team are also partners for Blondie’s Baskets at the Freeborn County Fair.

Umstead, who owns the Mary-Go-Round Shoppe, said her daughter came to her many years ago asking her if she would co-sign a loan for her to open up the fair booth. Instead of doing that, Umstead told her she would go into business with her. 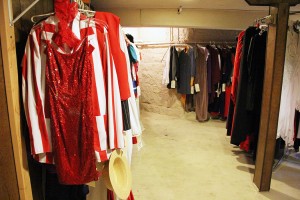 For this venture, she said she got a call from her banker, Jay Romer with Produce State Bank, asking if she wanted to purchase some of the wedding dresses being sold by Courtly Manor for her to sell in her store. She said she has not had much luck selling wedding dresses but heard about the costumes that were also for sale.

“Carly has loved Halloween from the time she was a little girl, so this time I turned it around and went to her and said, ‘Do you want to go into business with me?’” Umstead said.

She said her daughter has loved Halloween from a young age when they lived in San Diego, Calif.

Solland has even joked to Umstead that if she happens to die before her mother does, she wants everyone to come to her funeral in costumes.

“No one would be allowed in without a costume on,” Umstead said.

Umstead, herself, also enjoys the Halloween holiday and has an interest in anything paranormal.

She said when she was growing up her older brother would tell her scary stories, and that has rubbed off now to herself, Solland and now her grandchildren.

“We’ve always been about Halloween,” she said.

Later this month, she plans to take part in a paranormal bus tour through Community Education of a haunted home in Hastings.

Each Hallow’s Eve rental costs $20 plus a $50 deposit. The deposit is returned when the costume is brought back to the store.

Hallow’s Eve is open from 1 to 5 p.m. Mondays through Fridays and by appointment on the weekends. Solland and Umstead can also meet for appointments during the week.

After Halloween the store will be open by appointment only.