Memorial services for Cynthia Lee Dahl will be at 11 a.m. Wednesday at the Church of Jesus Christ of Latter-day Saints in Albert Lea. Online condolences are welcome at www.bayviewfuneral.com. 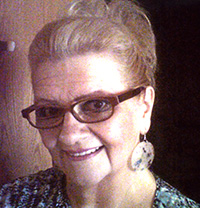 Cynthia Lee Dahl was born on June 7, 1948, in Albert Lea, the daughter of Chester and Jewell (Steene) Dahl. She graduated from Albert Lea High School in 1966 and had also attended elementary and junior high schools in southern California. Cynthia graduated from Rochester School of Cosmetology in 1968. She then pursued a career in the beauty business for many years. She had a hair salon in Albert Lea and one in Las Vegas. She also had a salon in a large convalescent hospital and rehab center for several years. After her beauty career Cynthia got active in the town of Milford, Utah, where she retired to. She received her certification in zoning and planning administration from the University of Utah and became chairwoman of the planning and zoning board in Milford for 10 years. Cynthia had a love for building architecture and interior design. She has renovated many houses and restored a historical building, the Williams Hotel, in Milford. She also liked to help people in her community and dedicated herself for many years to being a victim’s advocate. Her faith was of utmost importance to her. She served many callings in her church over the years. She was a seminary teacher for four years and had several other callings. “It’s all the Lord’s work,” she always said. “I am grateful to do it.” She cherished her testimony of Jesus Christ and always shared it with everyone. Cynthia was a spiritual woman with a sense of humor and a great artistic ability. She believed that we should always leave things better than we found them.

Cynthia leaves a daughter, Angelique, four grandchildren, one soon-to-be-born great-grandchild, her mother, sister, aunts, uncles and cousins. She was preceded in death by her father, two brothers and a brother-in-law.

Cynthia will be missed by those who had the pleasure of knowing her in our journey through life. Keep peace in your heart, and God will smile on you!