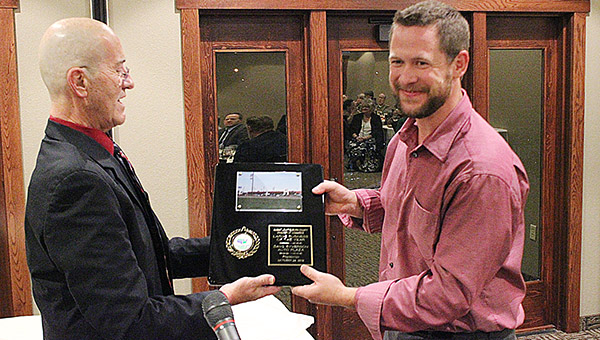 The dealership was named Large Business of the Year for its community involvement, growth as a business and support of chamber programs, said Chamber of Commerce Director Randy Kehr. 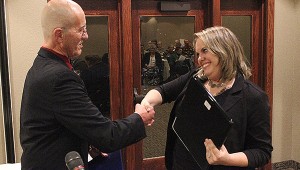 “Universally they represent how we try to do business in Freeborn County,” said Kehr, of the three businesses. “They treat people the way they should be treated, as evidenced in their customer comments more than anything.”

The celebration was at Wedgewood Cove Golf Club.

Kehr said Dave Syverson started in 1967 and has 83 employees.

“They do all the things you expect a good solid chamber member to do,” Kehr said.

The company’s general sales manager, Kade Vershey, signed up for his second three-year term as an Ambassador and is active in promoting the chamber’s golf outing. 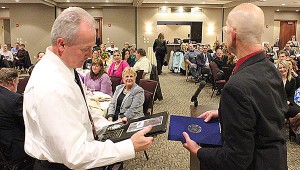 In the community, the company’s owners have been active in the Freeborn County Relay for Life and supportive of the Salvation Army and Big Island Rendezvous.

Kehr said the business has added about 10 employees in the last couple years and has been remodeled.

“Their goal is to be at the top of the line in customer service,” he said.

Its manager, Heather Lee, is a chamber Ambassador and is on the Albert Lea Convention and Visitors Bureau board and the United Way allocations committee.

In the community, Kehr said the hotel collaborates with Power 96 to host a Halloween party at the hotel and hosts the drive-in social for Eddie Cochran Weekend in the summer. It donates towels with defects to First Lutheran Church, whose members turn the towels into quilts. 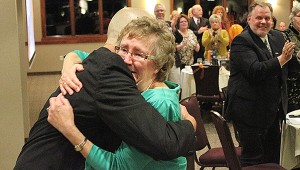 “They’re forward thinking,” he said, noting that the Albert Lea hotel is in the top 20 percent of all Country Inn & Suites hotels for guest satisfaction. “It’s all about customer service.”

Fisher’s Fine Jewelers started in 1987 and has seven employees.

Kehr said the business’s owner, Larry Fisher, sponsors sports teams and is always willing to step in and help out with other community events. He is part of the Historic Preservation Commission and supports organizations such as Ducks Unlimited, the American Red Cross, and the Lions Club. 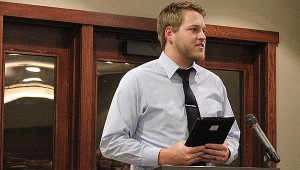 The winners were selected by a committee, including some previous winners.

“There were plenty of people on this list that could be and probably should be a Business of the Year,” Kehr said.

Kehr said Groe has helped organize the 4-H livestock auction at the Freeborn County Fair for the past 45 years, at least 10 of which have been as a volunteer.

Murray, who works at Mayo Clinic Health System in Albert Lea, has been active in several of the chamber’s Ambassador programs and has had “outstanding” attendance at events, he said.