‘Fox on the Fairway’ will delight audiences

Did you hear the one about the two pompous golf club presidents who bet $200,000 on their interclub tournament? If not, you will not want to miss Ken Ludwig’s “The Fox on the Fairway,” currently showing at the Marion Ross Performing Arts Center. The many conflicts between the Quail Valley Golf Club members and their archrivals at Crouching Squirrel Golf Club produce silliness in overdrive. 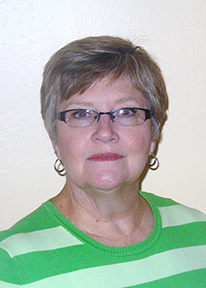 Director Rory Mattson has assembled a stellar cast for this high energy, two-act show, all the more amazing because it is a cast of only six players. The stamina and ability of each actor set up a wonderfully fun experience, full of laughs at the twists and turns and misunderstandings in the plot.

These actors just don’t wear out or miss a chance to underline their characters. There is never a dull moment once the tournament deal is brokered! Steve Kinney’s set is an authentic golf lounge and tap room, which allows easy exits and entrances as the action heats up later in the play.

The sound system will not only provide a play-by-play of the golf tournament, it will remind listeners of how much fun an open microphone can be!

Let me assure you that Mark Place’s performance as Henry Bingham, manager of Quail Valley Golf Club, is alone worth the price of admission! He is fanatical about winning the tournament and his employees fear him.

And though he fears his wife, Muriel, Bingham rashly includes her beloved antique store in the bet. This indicates the depth of his loathing for Richard “Dickie” Bell, whom Bingham describes as having cloven hooves hidden by his big shoes.

And so we meet Dickie Bell, played to laughable perfection by Jay Paul. His clothing is outlandish, his laugh is insidious and it is oh-so-much-fun as he fractures the English language. As Dickie tells us, “To the spoils go the victor!” He is in it to win!

If those problems are not enough, add Dickie Bell’s ex-wife, the voluptuous fiery Pamela Peabody, who now works for rival Henry Bingham. Kristan Dye’s Pamela oozes disdain for her ex-husband, and she inserts dozens of clever one-liners. She and Muriel Bingham, played by Raquel Hellman, are daunting women who will be successful, one way or another.

This is comedy for adults since it is about adults whose problems arise when their less noble qualities surface! However, the hope of true romance is not lost. Kristi White and Chris Nelson play an adorable young couple. The dithering blonde waitress and her fiance remind us that life will throw problems at us, but almost any of them can be untangled with a creative solution.

Who would want to miss a creative solution that includes a vase, an emergency room, blindness, a birthmark, a toilet trap and a tied golf game? The whole of this show is definitely more than the sum of its parts! I will leave it to you to decide who is the real fox on the fairway!

Cindy Fjermestad is a retired English teacher from Albert Lea. She volunteers in the ACT box office, at Naeve Hospital Auxiliary, and for Friends of the Library. She is always happy to promote activities that keep our community vibrant.