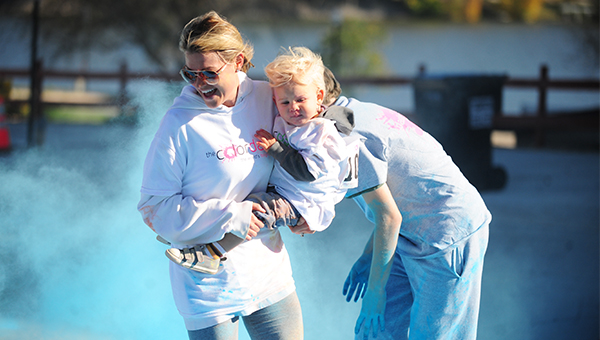 A splash of color kicked off the Celebrate Albert Lea festivities on Saturday.

Youth 1st, an organization based in Steele County, and the Albert Lea wrestling booster club teamed up to organize the Color Dash, a 5-kilometer fun run. The event started at the intersection of North Broadway and Fountain Street, on part of the recently completed downtown street.

“It’s been awesome,” said Mark Arjes, director of Youth 1st and an organizer for the event. “We had almost 300 people pre-register, and we had about an extra hundred people show up to sign up.”

Stations where participants would have color — a powder made from cornstarch — tossed on them were spread out about every kilometer. Arjes estimated about 30 to 40 volunteers, many whom were associated with the wrestling program, dispensed the color.

Not only did the event attract participants, it also brought spectators.

Andrew Peterson, an Albert Lea High School graduate, watched the event from the sidelines with his family.

“It’s great to get people fired up in the community,” he said. “I’m out here to support the cause.”

Proceeds from the race will be split between starting a Youth 1st chapter in Albert Lea and the Albert Lea wrestling booster club that will go toward renovating the high school’s weight room.

Arjes said before race day $5,000 had been collected that will be split between the two efforts. Additional money was given through corporate donations and same-day registrations. He estimated that would bring in an another about $1,000.

“That benefits all the kids and not just the wrestlers. It’s for all sports,” said Don Goodnature, a member of the booster club. “It’s been really great to work with the school district on this.”

However, complete results weren’t taken, because that’s not the point of the event, Arjes said.

“Our goal is to focus on values, and performance will get better on its own,” he said. “We’re trying to flip it.”

Blair Watt of Albert Lea pushed his son, Odin, in a stroller, and Lydia Sorensen carried her son, Jett, past the finish line. Some people ran and some walked. After all participants finished, color packets were thrown in a color explosion, and powder covered the intersection of Broadway and Fountain street.

That location was the start and finish of the run. The route went east on Fountain Street and northwest up Lakeview Boulevard around Fountain Lake. At Edgewater Park, runners turned around and went back the same way.

Arjes said he hopes the Color Dash turns into an annual event in Albert Lea.

“I’d do it again if they have it next year,” Watt said.

The Color Dash was first of several events taking place in downtown Albert Lea Saturday as part of a day celebrating the near-completion of the street reconstruction.

During the past four months, crews have been reconstructing the street and sidewalk and installing new trees, flower pots, benches and other amenities. 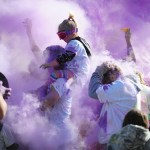 After the first Color Dash in Albert Lea on Saturday, participants are given color packets that are thrown into the air. — Micah Bader/Albert Lea Tribune 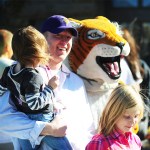 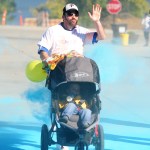 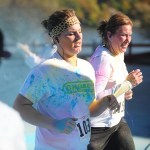 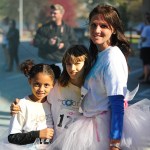 From left are Tiara Campa, Torri Avery and Angie Daver. The trio poses for a photo after running Saturday in the Color Dash at Albert Lea. — Micah Bader/Albert Lea Tribune 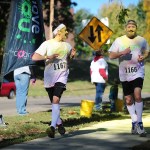 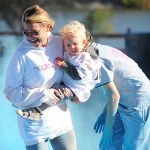 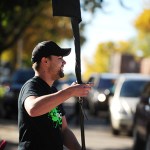 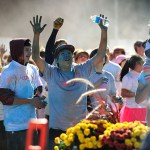 Participants of the Color Dash in Albert Lea on Saturday ask for color packets before the color explosion at the end of the event. — Micah Bader/Albert Lea Tribune 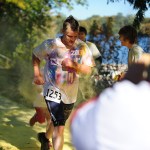 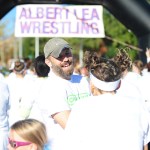