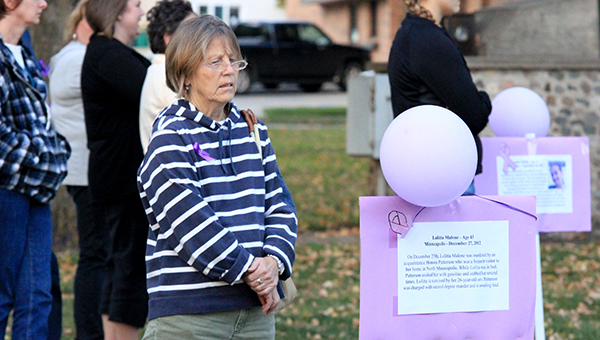 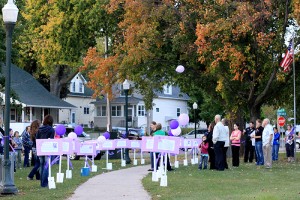 Dotti Honsey, Ilene Grosom and Albert Lea Police Department Lt. Jeff Strom spoke to more than 45 people gathered in New Denmark Park on Thursday during a vigil honoring those who have been victims of domestic violence. Signs with descriptions and photos of domestic violence victims were set up along the sidewalk with luminaries and balloons.