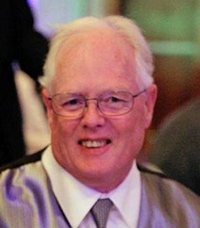 Steven Tenold was born on April 22, 1950, to Dean and Lois (Reyerson) Tenold. He was born in Mason City, Iowa, but soon moved to Alden, where he attended and graduated high school. After high school, Steven attended Rochester Technical College, where he received a degree in drafting. Steven married Althea Steele on Oct. 10, 1970. To this union, two children were born. The couple later separated. Steven worked various jobs, until eventually opening his own photography business in Wells. Steven also worked with Lifetouch Photography in New Ulm and retired at the age of 62.

Religion was a focus in Steven’s life. He served on the church council at Good Shepherd Lutheran Church, in Wells. He was also a member of the Gideons. Steven enjoyed playing baseball, golf, tennis, bowling and basketball. He had a competitive nature, whether it is sports, or playing board games with his family. Steven loved photography and was fortunate enough to turn his passion of photography into a business. Steven was a sincere, honest, compassionate man with a great sense of humor. Most of all, he was very family-oriented and would go out of his way to benefit his family.

Steven is preceded in death by his father, Dean Tenold; grandparents, Henry (Minda) Tenold and Seymour (Hazel) Reyerson; as well as a son lost in infancy.