Tigers are in the top 5 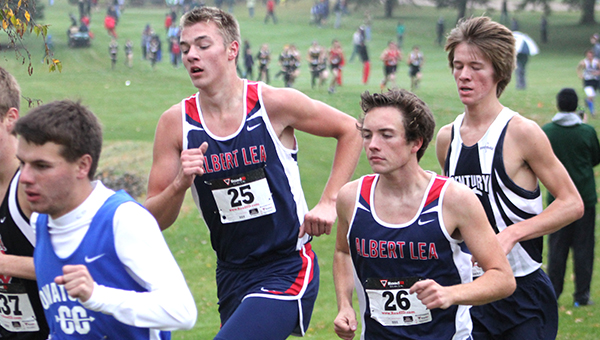 Both the Albert Lea boys’ and girls’ cross country teams had a good showing at the Big Nine Coference meet at Brooktree Golf Course in Owatonna on Tuesday.

The girls’ team finished second, while the boys’ team came in fourth. Austin took first place on the girls’ side and Rochester Century took home first for the boys. 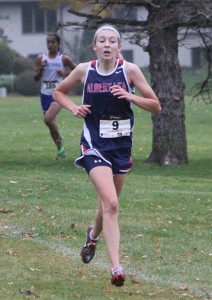 “I am so very proud of the boys’ and girls’ teams,” said Albert Lea head coach Jim Haney. “The teams came out and performed as they had prepared all week. They practiced well and ran to their abilities.”

Haney said that for the first time in a long time, the Tigers had nine runners who were All-Conference or All-Conference honorable mention. The Tiger girls’ team hoped to defend its Big Nine title from last season. Albert Lea finished second behind a strong performance by Austin.

The five scoring runners for the Albert Lea girls’ team finished 11th, 12th, 14th, 19th and 26th. All five runners were within 30 seconds of each other. Haley Harms, Anna Englin and Rachel Kenis were All-Conference. Emma Behling and Morgan Haney were All-Conference honorable mention.

The boys’ and girls’ teams will be back in action at the Section 1AA meet Oct. 24, which will also be in Owatonna at the same course.

“As a team, we are looking to finish in the top half of the section and hopefully have runners place to go to state,” Haney said.