Tigers down Winona/Cotter at home 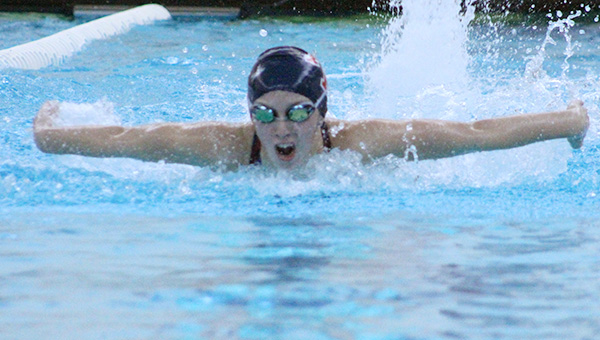 The Tigers girls’ swimming and diving team closed out its regular season — aside from the Big Nine Conference meet — in impressive fashion on Tuesday, and then sent its coaching staff for a swim. 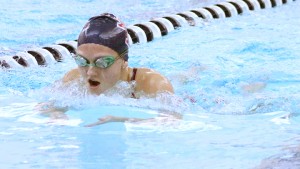 “We had some great swims out of some really young kids,” head coach Schmitz said.

It was Senior Night and family night for the team, and after the racing was over — as it has become a tradition of sorts — the team forced their coaches into the water.

“It was fun, I haven’t swam for a long time,” Schmitz said. “It’s a little bit of a tradition, we kind of laughed that they didn’t throw us in right away.

We must have them trained pretty well,” he added with a laugh. “They’re afraid of us.”

The Tigers were dominant during the beginning and the end of Tuesday’s meet.

Albert Lea jumped out the early lead by taking first place in the 200-yard medley relay. Anna Andersen followed by taking home the 200-yard freestyle. Lindsey Horejsi won the 200-yard individual medley and picked up another pool record in the process. After three events, the Tigers led 32-14.

“We had the lineup a little mixed up,” Schmitz said. “It got a little uncomfortable, but Winona swam really well.

“It was a good meet, and we were stacked at the end,” he added. “We were pretty comfortable.”

Samantha Nielsen and Hannah Hertling finished first and second in the 100-yard breaststroke, and gave Albert Lea a 89.50-82.50 lead heading into the final event.

“Hertling swam more than a second better than her best time,” Schmitz said. “That’s a huge swim for her, and it was a good time to have it. We needed that one.”

With Winona in striking distance, the Tigers needed a strong performance from their 400-yard freestyle relay team. They set a team record of 3:45.78 from the team that consisted of Andersen, Bailey Sandon, Ahnika Jensen and Horejsi.

“The relays were great,” Schmitz said. “We topped the meet off with a school record, so that was really fun.”

The Tigers will be in action at 1 p.m. Saturday at the Minnesota True Team State Meet, which will be held at the University of Minnesota’s University Aquatic Center. Schmitz said he would probably rest the girls a little before Saturday, because they had a really tough practice on Monday.