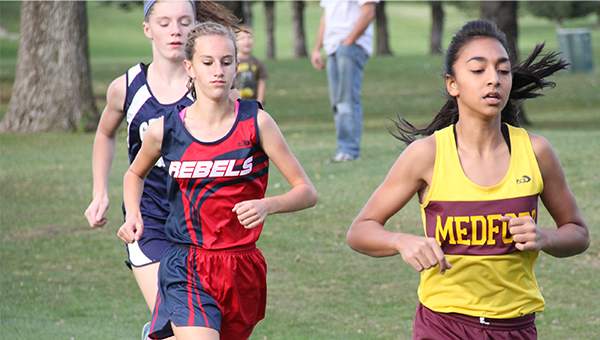 FREEBORN — The United South Central and New Richland-Hartland-Ellendale-Geneva cross country teams were treated to a late-season meet close to home on Tuesday, and both teams found success.

Schiltz ran the course in an unofficial time of 16 minutes, 26 seconds.

Mother Nature greeted all the teams in attendance at Oak View Golf Course with strong and gusty winds. Weber said he tried to give advice to his runners on how to cut through the wind.

“You’ve got to tuck behind someone and let them do the work,” Weber said. “On the hills, you’ve just got to stride out going down and lean into them going up.”

Both Weber and USC head coach Kent Viesselman were very happy to have a meet close to home.

USC was the official host of the event; it was its only home meet of the season.

“This course is so nice,” Viesselman said. “The people from Oak View have been really good about giving us access. We enjoy running here, and we wish we had more home meets, but it’s nice to get one in anyway.”