McKinzey Christian and Timothy Stoneking of Albert Lea were married at 4 p.m. June 1, 2013, at Silver Lake Lutheran Church in Northwood. 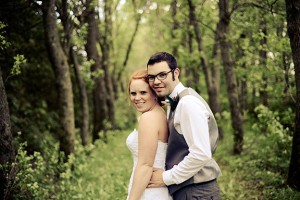 Flower girls were Sydney and Betsy Kokot, of Hayward, cousins of the bride and daughters of Robert and Sheri Kokot.

Ring bearer was Landyn Christian, of Lake Mills, cousin of the bride and son of Cory and Kallie Christian.

Personal attendant was Ariel Christensen, of Duluth, cousin of the bride.

Musicians were Noah Anderson, cousin of the groom, and Andrew and Matthew Stoneking, brothers of the groom.

Guest book attendants were Zoe Kokot, Alex Christensen and Jewelonnah Christensen, all of Albert Lea, cousins of the bride.

A reception followed the ceremony at the American Legion in Albert Lea.

A wedding trip will be taken to Orlando, Fla., in December.