Albert Lea police were dispatched to 1010 Abbott St. at 9:56 p.m. Saturday after receiving a report of a possible stabbing and were given a description of a suspect vehicle that had left the address. 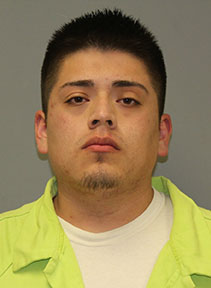 A short distance away, officers found an automobile matching the description and stopped it. Baseball bats were found inside the vehicle. Officers found that the Albert Lea man had not been stabbed but was suffering from blunt force trauma to the head, according to court documents.

Abraham Rodriguez, 24, of Albert Lea was charged with felony assault in the second degree with a dangerous weapon that resulted in substantial bodily harm, according to court documents.

The 27-year-old Albert Lea man who was allegedly assaulted was airlifted to St. Marys Hospital in Rochester on Saturday night.

District Court Judge Ross Leuning ordered Abraham Rodriguez be held on $600,000 bail without conditions. For his charges a sentence could be up to 10 years in prison, a $20,000 fine or both. 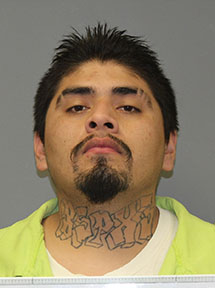 Leuning ordered Joel Rodriguez be held on $300,000 bail without conditions or $50,000 with the conditions of remaining law-abiding, having no contact with the victim or victim’s family, no using or possessing firearms, keeping the court informed of his address, reporting to Freeborn County Court Services three times a week and getting permission before leaving the state. For the assault charge his sentence could be up to 10 years in prison, $20,000 fine or both, and sentencing for the aiding and abetting charge could be up to seven years in prison or a $14,000 fine.

Both men must appear next in Freeborn County District Court on Nov. 21.