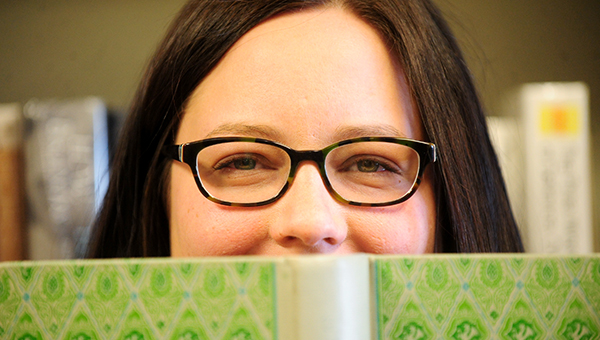 This book review can be found in the 2013 Holiday issue of Albert Lea Magazine. Stop by the Tribune today to pick up your free copy!

Fall is hands down the best season.

That’s a weird phrase: hands down. I’m going to check into it because what would you possibly win with your hands down. Besides soccer and Riverdancing and volunteering for Panem tribute. If my radio is to be believed, everything else basically requires a variation of putting your hands up then A.) waving them around like you just don’t care or B.) saying ayyyyyyo and then letting it go.

But I digress. We were talking about the colloquialism hands down which comes from horse jockeys who would drop their hands from the reins when they had a substantial lead and a guaranteed win. Facts are fun. 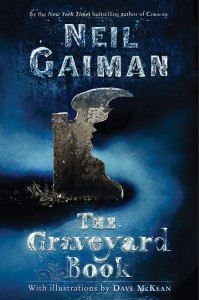 “The Graveyard Book” by Neil Gaiman

But I digress … again. We were talking about fall, the greatest season of all the seasons, according to horse jockey hand placement anyway. It’s the season of school, football and holidays; my

personal trifecta of awesomeness could also be called knowledge, competition and gifting. And I do apply gifting to all the fall holidays, not just the December ones. In my mind I’ve already renamed Thanksgiving to Black Friday Prep & Plan Day. I’m making those lists and checking them obsessively again and again to coordinate deals with store hours. This also ties in deliciously with my competitive nature, which makes Black Friday a twofer. On the other hand, Halloween, if you’re doing it right, should take no planning beyond a bag of candy to execute gift giving properly. The recipients are even willing to come to my door, dress up and ask nicely by threatening to trick me. I have to respect someone willing to fight for their goals, even if they are 5 and dressed like Buzz Lightyear. To infinity and beyond, my small, ambitious, candy-loving friends.

subject in literature, too. The supernatural is a rich well that many authors have drawn from but none better than Neil Gaiman. He is a master writer and the king of fantasy, to which his numerous awards can attest. Gaiman is the author of critically acclaimed children’s novel “The Graveyard Book.” It is the winner of the 2009 Newbery Medal, Hugo Award, Locus Award and the 2010 Carnegie Medal. Everyone agrees, he’s a big deal. I’m sure his house in Menomonie, Wis., smells of rich mahogany and contains many leather-bound books.

“The Graveyard Book” follows protagonist Nobody “Bod” Owens through his temporary residency in the graveyard that is near his backyard. After the murder of his family, the solace and shelter within the walls of the graveyard (turned nature preserve) are provided by ghosts, ghouls, witches, werewolves and a few other spooky inhabitants including his adoptive parents, Mr. and Mrs. Owens, and his guardian, Silas. Bod is granted the freedom of the graveyard, which permits him

walking through walls and fading from sight, despite being most definitely alive. And since the murderer is still looking for the toddler who escaped, these gifts are meant to keep him alive.

There is so much to love about this book. Yes, the children’s book that begins with murder and takes place in a graveyard. Love, love, love it! Children’s literature is meant to reflect the world we live in, not just the nice bits. Fairy tales and fables have been used for centuries to explain the rules of the world through storytelling. Scary, scary storytelling. Seriously, read an original fairy tale. Those things had never heard of happy endings until Walt Disney came along, but even Disney in all its sugarcoating and song breaks can’t shy away from parricide, Just look at “Bambi” and “Finding Nemo.”

And speaking of Disney, “The Graveyard Book” has been called the latest interpretation of Rudyard Kipling’s “The Jungle Book.” Young Bod, like Mowgli, is raised in an unfamiliar and dangerous world (to the reader anyway) by adoptive parents and guardians trying to keep him safe while he works out his identity issues in the nature versus nurture argument. The genius of Gaiman’s dark writing style is that when Nobody Owens asks who he is, the answer performs double duty by acting as an emotional reflection of teenage insecurity and as a satirical reminder that he does in fact have a body and doesn’t actually fit in with his family and friends. It’s not subtle, but neither are teenage readers.