Albert Lea Tribune columnist and humorist Al Batt released his first book this month that is a collection of his former newspaper columns, magazine articles and other writings. 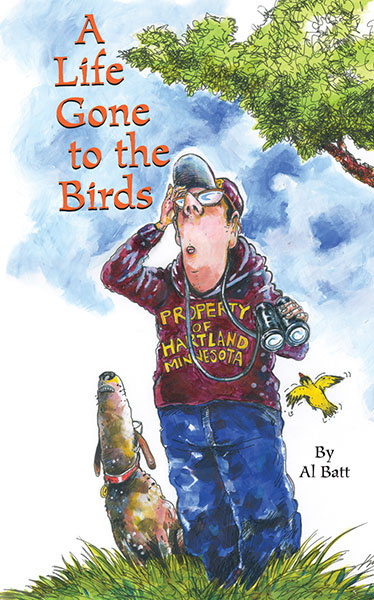 “A Life Gone to the Birds” by Al Batt

Titled “A Life Gone to the Birds,” the book features illustrations by artist Kevin Pope. It was published by Bird Watcher’s Digest of Marietta, Ohio.

Batt, who lives in Hartland, said he has had stories published with other authors before, but this is the first time he will have an entire book of only his own writings.

“I’ve been so blessed in my life,” Batt said. “Every day somebody asks if I have a book. Now I can say I do.” 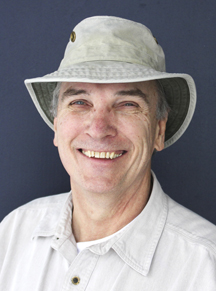 According to a press release, the book takes readers back to Batt’s years on a dairy farm and “follows his many misadventures with skunks, ‘ghost owls,’ honey and sugar sandwiches and, of course, birds. As Al grows older the stories only get more interesting.”

“Each anecdote is served in his signature folksy style, lightly seasoned with wit and wisdom,” the release stated.

The cover of the novel features a cartoon depiction of Batt in a sweatshirt that reads “Property of Hartland,” who is holding a pair of binoculars and looking up in the sky. Standing next to him is a dog that is also looking up to the sky, and a bird flies next to the pair.

Batt, who estimated he has been a Tribune columnist since the 1990s, travels all over the country speaking about birds and nature with a twist of humor. His column Nature’s World publishes Sundays in the Tribune, and his Tales from Exit 22 column publishes Wednesdays.