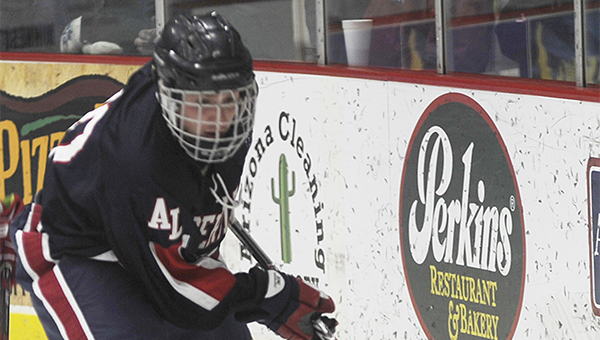 The Albert Lea boys’ hockey team began its season with a 3-0 win over Austin Tuesday at Riverside Arena.

Matt Cheever found the net first for Albert Lea 10 minutes and 58 seconds into the first period. Alex Claassen and Dalton Flatness were credited with the assist.

After a goal by Reed Willett about 1 minute into the second period that gave the Tigers a 2-0 lead, Claassen scored a goal of his own. It was the Tigers’ first power-play goal of the season, and Brady Loch and Jack Pulley earned the assist.

Garrett Matz was a steel curtain in Albert Lea’s goal. He shut out the Packers, despite fielding 28 shots. The Tigers offense produced 31 shots on goal.