Attacked: A Worth County cold case 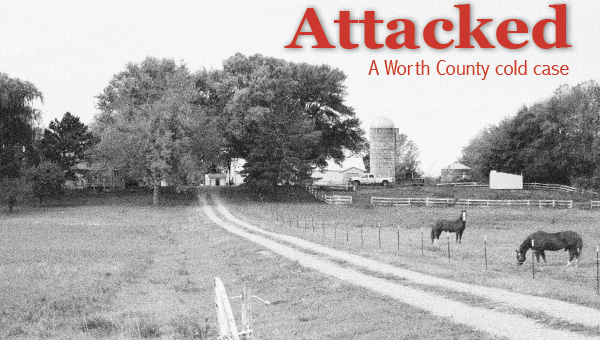 Mildred Clemenson was 81 when she was found dead in her trailer home on Nov. 11, 1998, from a blow to the head. The photo illustration above shows where the property where Clemenson lived.

KENSETT, Iowa — To her neighbors and church community, 81-year-old Mildred Clemenson was a kind-hearted woman.

Described as a “good old Norwegian,” Clemenson was a regular attendee at Elk Creek Lutheran Church and liked to offer cookies and coffee when people were at her house, said her former neighbor Julie Gore.

To many, she was known simply as Millie.

When news came on Nov. 11, 1998, that authorities had taped off Clemenson’s 80-acre property about seven miles west of Kensett and that she had been killed, Gore said the small community of Kensett couldn’t believe it.

“We were shocked and devastated when we heard what had happened,” Gore said.

According to the Iowa Division of Criminal Investigation, Clemenson had been last seen on Nov. 9 but was found two days later by her adopted daughter, Marcia Patton.

An autopsy indicated Clemenson died from cranial cerebral trauma due to blunt trauma injury — or simply put, a blow to the head.

“All we know is that she’s dead, and she didn’t do it herself,” said then Worth County Attorney Doug Krull to the Tribune in 1998. 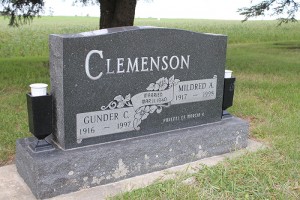 Gerard Meyers, assistant director of field operations for the Iowa Division of Criminal Investigation, declined to release any information about the alleged weapon but noted that Clemenson had planned to leave for a winter home in Arizona on Nov. 10 and had already purchased her plane ticket.

She was buried Nov. 18 in the Elk Creek Lutheran Cemetery.

Saturday was the 15th anniversary of Clemenson’s death, and no arrests have been made.

The last time someone from the public submitted a tip to police about the case was in 2000, Meyers said.

The DCI official said authorities conducted several interviews with people who had contact with the house and analyzed property from the residence.

A handful of people were also re-interviewed, which tends to indicate they may be a person of interest, Meyers said.

Though he declined to give details, Meyers confirmed that the Pattons have been investigated.

“There’s a whole section in the investigation on her daughter and Ron Patton,” Meyers said. 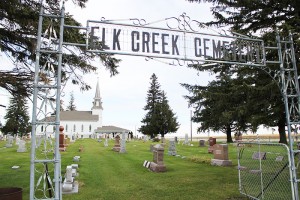 “No one has told me she’s a suspect, but there are community rumors,” Brown told the Mason City Globe-Gazette in 1999.

A call made by the Tribune to Brown for this story went unreturned, and the Pattons were unable to be found.

According to Iowa Cold Cases, an online organization that researches cold cases and seeks to find answers to them, Clemenson had received some money from the estate for Mable Bitker, her late stepmother, near the time of her death.

The Tribune could not confirm the amount of money left to Clemenson, but on Nov. 9, the day before her scheduled trip to Arizona, she had allegedly went to the bank to cash in a large bond. Sometime after returning home, she was killed.

Clemenson reportedly told a family member the day before her slaying that once she got to Arizona she did not want to return to Iowa because all her family wanted was her money, the website stated. There was also controversy about the land where the farmhouse and trailer were on. After her mother’s death, Marcia Patton reportedly sold the property out from under the leaseholder, though her parents had agreed that if they ever sold the land, that leaseholder could have the first right to purchase it. 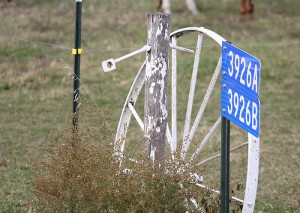 Mildred Clemenson was found dead in her trailer home at 3926 Ironwood Road, rural Kensett, on Nov. 11, 1998. She reportedly died two days before.

Todd Rothove, who lives two houses north of the former Clemenson property, said he remembers picking corn when he found out about Clemenson’s death.

He recalled times when he was younger when he would go over to the Clemenson house when Millie’s husband, Gunder, was still alive.

Rothove described Gunder as an “ornery character” and Millie as giggly and laughing.

“We grew up pretty much all in the same neighborhood,” he said. “The whole thing sounded pretty bizarre. I remember thinking this is not supposed to be happening.”

Though many questions remain, Meyers said cold cases in Iowa are reviewed annually.

In the Clemenson case there has not been a lot of movement, but if anyone has any information tied to the case they are asked to contact Meyers at 515-725-6015.

Another Worth County cold case

A second unsolved murder in Worth County dates back to Dec. 8, 1997.

On this day, Lowell Thomas Stumo, 48, was found shot to death near his farmhouse southwest of Northwood.

His wife, Marie, reportedly found Stumo, a former U.S. Army sergeant who served in Vietnam, lying next to his pickup.

Authorities initially questioned whether the death was a murder or a hunting accident, as the couple’s property bordered Elk Creek Marsh, a state-owned public hunting area.

He is buried at Elk Creek Cemetery in rural Kensett, the same cemetery as Mildred Clemenson.