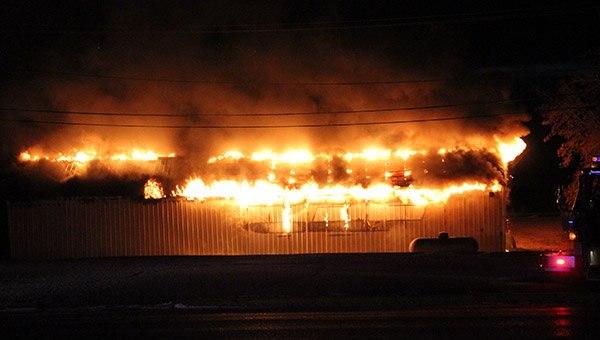 Flames lit up the darkness this morning when a fire ignited a shed behind Subway on East Main Street. Near the structure was a propane tank, which could have exploded if heated by fire. 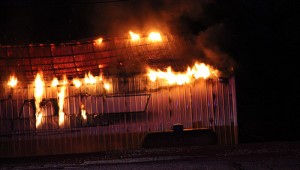 A propane tank sits next to a structure fire that caused the roof to collapse.

The fire was called to dispatchers near 6:25 a.m. Traffic was blocked off for East Main from NewtonAvenue to Garfield Avenue. The air temperature was about 27 degrees.

The building does not belong to Subway. It was a storage building and possibly contained automobiles. Firefighters battled the blaze while worrying about the gas tanks.

Oil was running out of the building and was on fire.

Dispatchers at 7:45 a.m. reported a traffic jam on Bridge Avenue as people commuted to work.