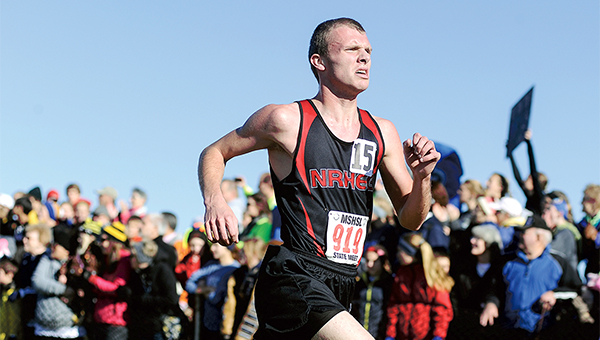 NORTHFIELD — For the third straight year, T.J. Schiltz of New Richland-Hartland-Ellendale-Geneva competed at the Class A state cross country meet.

Schiltz concluded a sensational senior season where he won eight meets — including the scrimmage at Fairmont on Aug. 23 — and took second place in the other three meets prior to state.

After finishing in 17th place at state as a junior, Schiltz hoped for a top 10 finish. However, Saturday at St. Olaf University in Northfield, he was forced to battle through a cold, and he took 32nd place.

“He’s not one to make excuses, but he wasn’t at his top form,” NRHEG head coach Mike Weber said.

Despite being under the weather, he still finished in the top quarter of the field and beat 143 runners in his class. With the success Schiltz had, he said he enjoyed qualifying for and running at the state meet.

“Every year was a little nerve-wracking, but it’s an amazing experience,” he said.

Highlights from the season include a Gopher Conference championship with a time 16 minutes and 22 seconds at a meet hosted by Mankato Loyola and first-place finishes at Fairmont, Stewartville, four consecutive meets from Sept. 12 to Sept. 26 — Maple River, NRHEG, Blooming Prairie and Janesville-Waldorf-Pemberton — and a home meet at Oak View Golf Course.

Schiltz was the runner-up at Tri-City United, Waseca and the Section 2A meet at the Montgomery Golf Course.

“He had a really good end of the season,” Weber said.

“I’m really looking forward to track,” Schiltz said. “Based on what happened, it really lit a fire under me. I know what I need to do.”