Exclusive: Mayo Clinic Health System to lay off 82, including 26 in Albert Lea 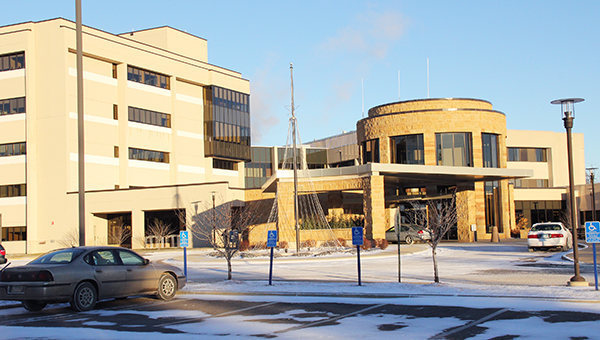 Mayo Clinic Health System in Albert Lea is at 404 W. Fountain St. Hospital staff have announced they will be laying off 26 transcriptionists at the local clinic. –Sarah Stultz/Albert Lea Tribune

Mayo Clinic Health System will lay off 82 transcriptionists, including 26 in Albert Lea and 18 in Austin, a hospital spokesperson told the Tribune Thursday afternoon.

Mayo Clinic Health System also announced in October it was laying off 42 transcriptionists in its southwestern region, which includes Mankato, effective Jan. 6, 2014.

Mayo Clinic Health System officials said the decision was not made lightly, and human services representatives will meet over the next few days with employees who lost their jobs to discuss options, which may include future employment in or outside the organization.

It’s a common scenario across the country.

According to the Bureau of Labor Statistics, the need for transcriptionists — those who transfer audio notes to written, usually electronic form — is decreasing, despite an increase in the volume of health care services being provided. Technological advances, such as speech-recognition technology, are partly to blame. Specialized software can automatically prepare an initial draft of a report on a patient, and a transcriptionist is needed to proofread that draft and review the original recording if necessary for accuracy. From 2010 to 2020, the bureau is anticipating a 6 percent growth in the occupation, “slower than the average for all occupations.”

Online, the blogosphere is afire with medical transcriptionists lamenting the fall of their once-stable, profitable careers. In the relatively short amount of time it took to earn a Medical Technologist certificate, the training practically guaranteed a job with a median income of almost $40,000 a year, based on data from the Bureau of Labor Statistics.

Such guarantees are no more, as more and more health care providers are opting to outsource transcription services. The economic benefits for these providers are plentiful. The turnaround is usually quicker, and the costs are generally cheaper: no need to pay for wages, equipment upgrades, management or benefits.

For transcriptionists living in the United States, the outsourcing trend is resulting in fewer jobs, often with lower wages. While transcription vendors located overseas are notorious for their poor pay, domestic vendors also tend to pay less than transcriptionists were traditionally paid in the past, according to frequent complaints on medical transcription forums.

Amphion is based in Madison, Wis., and employs more than 500 healthcare professionals, according to its website, amphionmedical.com.