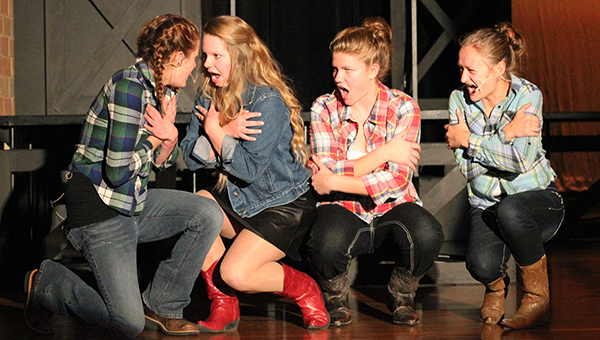 Directed by Molly Grimmius and Diane Heaney, the show features about 50 students on the stage, in the pit and in the tech booth.

Grimmius chose the show because it offers many roles and thought it had a lot of draw.

“I loved the music and think it will appeal to the student body along with anyone who loved the movie in the ’80s,” said six-year director Grimmius.

The play, based off of the 1984 movie, is a story of a teenager named Ren McCormack, who moves from a big city to the small town of Beaumont and wants to have a dance. He runs into a problem, though, because the town has a law against dancing because of a tragic car accident in the past. Ren stirs up the town going head to head with the local minister and father of his love interest, Ariel.

Grimmius described the set, designed by John Fure, as being modern and painted black with lots of space and platforms for dancing. Lighting effects will add color to the simple set.

Choreographer Kaitlin Stein of Austin, a University of Minnesota graduate, was brought in to help the students with dancing.

The town’s pastor, Shaw, will be played by Zane Aumick.

“He just moved here last year so this is his first performance,” Grimmius said. “We’re glad to have him.”

The comic relief, Grimmius said, will come from the character Willard, played by Tyler Vandenheuvel.

“He sings a humorous song with a bunch of his friends that will probably be a highlight for a lot of people,” Grimmius said.

In the pit, there will be bass and electric guitars, drums and keyboard along with flutes and a saxophone.

Unlike some plays, finding costumes was a pretty easy task.

“A lot of the ’80s trends have come back or I told the kids to go ask their parents,” Grimmius said.

Grimmius said the show, while not inappropriate, is recommended for children 12 and older because of the high school setting.

“Live musicals are so much fun to attend as a family and offer such a different experience instead of a movie, so I hope the community can come out and support it,” Grimmius said.

The shows are at 7:30 p.m. Thursday, Friday and Saturday in the high school auditorium. 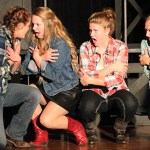 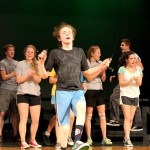 Josh Englin jumps rope during a scene in the Bomont Gym while singing “I’m Free.” 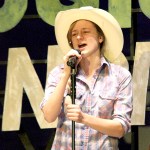 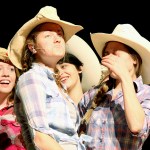 Katelyn Hendrickson, Krystal Thompson, Quinn Andersen and Anna Englin sing “Let’s Hear it for the Boy” during the second act of a “Footloose” rehearsal at Albert Lea High School on Tuesday. 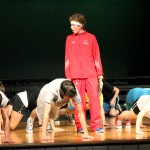 Coach, played by Logan Petersen, makes his gym class do pushups after Ren mouths off. 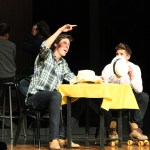 Tyler Vandenheuvel, Willard, incorrectly spells out the word “trouble” to Preston Smith, Ren, while the two talk about Ariel in the first act. 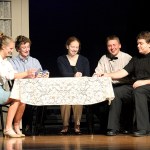 How much: Tickets are $5 for students, $7 for adults and can be purchased at the door.

Plus several singers and dancers.