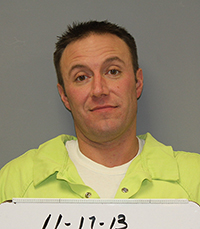 Court records allege Willett placed a hand around his wife’s throat at their home at 1709 Sunset St. early Sunday morning after he had returned home from drinking in downtown Albert Lea.

Willett told police he and his wife were in an argument but he denied that the disagreement had turned physical, according to court records.

When police asked his wife how long the defendant had her by the throat, she was uncertain but replied it felt like a long time and she was unable to breathe.

The court papers said his blood-alcohol level was 0.144, based on a breath test at the jail.

Judge Steve Schwab on Tuesday issued a domestic abuse no contact order for Willett and his wife. Willett was released from the jail to appear for his next court hearing after agreeing to a series of conditions, including abstaining from alcohol, complying with random testing and signing a waiver of extradition.

Willett’s lawyer, Donald Savelkoul, said in court Tuesday that Willett has had no prior arrests.

A statement by Willett’s wife to police alluded to previous problems. Court documents state she told police she had not had contact with law enforcement in the past because she feared ruining her husband’s hockey career.

A history of hockey

He resigned in July 2008, citing philosophical differences within management. The next season Thunder owner Barry Soskin was found to have engaged in a pay-to-play model with several players.

Willett previously served as the head boys’ hockey coach at Mound-Westonka. He served as an evaluator and coach for Minnesota Select teams and had a strong knowledge base of Minnesota hockey players.

He started as the Albert Lea girls’ hockey coach in 2010 and has been the coordinator for the Mite program, which included more than 100 children age 9 and younger. He is listed on the Albert Lea Hockey Association’s website as a director, the ice scheduler and a member of the Hockey Advisory Committee.