‘I Love Lucy’ is relevant in modern marriage

Column: Things I Tell My Wife, by Matthew Knutson

She was browsing through high heels online knowing that we can’t afford them, yet I could already sense she was developing some sort of scheme to purchase a new pair. 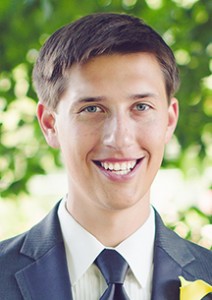 She didn’t immediately get my reference to the “I Love Lucy” show, but that didn’t surprise me. Classic American TV shows are often absent from her knowledge of pop culture. Just last Tuesday she wondered why a television was playing an old movie in the waiting room at U.S. Citizenship & Immigration Services. That “old movie” was an episode of “The Andy Griffith Show.”

She couldn’t help her unawareness. When you grow up in Papua New Guinea and your television only has one or two channels that work, it’s not very likely that you’ll have the chance to see Lucy and Ethel in a chocolate factory or Ricky Ricardo passionately singing “Babalu.”

The majority of my wife’s American pop culture knowledge stems from when she lived in Nairobi, Kenya, and her only exposure to American culture was the popular television shows, movies and music when she was in high school. There was no time to discover television classics.

I, on the other hand, grew up watching Lucy on Nick at Nite and TV Land. Thanks to Hulu and an ancient VHS tape that my parents once purchased for me, my wife has seen some of the classic “I Love Lucy” episodes. When I read online last week that CBS will be airing a special colorized Christmas episode on Dec. 20, I immediately knew what we would be doing.

As Sera and I begin our first holiday season together as a married couple, I hope we’re able to turn watching this show into a family holiday tradition. The timeless comedy of Lucille Ball could set a perfect tone for celebrating.

If I honestly had my way, there would always be an episode of “I Love Lucy” playing on a TV channel so I could tune in at-will. The series, which ended in 1957, has remained a staple in American television. In 2011 the series still was viewed by 40 million Americans. There’s simply no arguing with that kind of data: America still loves Lucy. It makes perfect sense for CBS to bring her back for the holiday season.

On top of the hilarity that comes with watching “I Love Lucy,” I’m hoping my wife will notice the traits of Lucy and Ricky that she possesses. Sera’s ridiculous and hilarious antics are a constant presence in my life now. Just the other day she told me twice that the monster cookies she made were actually healthy because she used oats in the recipe.

My wife has Ricky’s ability to unconsciously switch into another language (which has been happening daily now with the puppy). Unlike Ricky’s Spanish, she has three languages besides English to choose from. At this point I’ve given up trying to understand what she’s saying and simply guess which language she is speaking. If I guessed correctly, I figure I’m at least on the right track.

I must confess that in the middle of writing this, I stopped to watch an episode with Sera. I may have had to encourage her to turn off “Twilight,” for half an hour, but she didn’t regret that she relented.

The episode started with Lucy purchasing a new dress and putting it in her closet where it wouldn’t be worn for a while. When Ricky would eventually see her wearing it and ask if it was new dress, her plan was to simply respond, “Oh no, it’s been in the closet for months!” My loving wife thought Lucy was a genius, and I’m second-guessing our new holiday tradition already.

Either way, Dec. 20 will be met with laughter and fascination as we see “I Love Lucy” in color for the first time. Watching Ricky, Lucy, Fred and Ethel gather around their Christmas tree and reminiscing will begin one of hopefully many traditions for our new family. Perhaps it will even lead to a grape-stomping tradition next fall, though there are no promises.

Matthew Knutson is a marketing specialist at Waldorf College in Forest City, Iowa. Find him online at thingsitellmywife.tumblr.com.