If you want your freedom, you can keep it!

Column: My Point of View, by Jerrold Dettle

The real secret to reaching a rewarding goal is first to “want it.”

“It” may be a successful garden, membership on a team, better health or a new job. Americans currently seem to have many “wants.” But in seeking liberty, we do not always possess the “yeast.” The “yeast” represents personal responsibility and motivation. To measure our desire to “want” freedom, we might check our answers to the following questions: 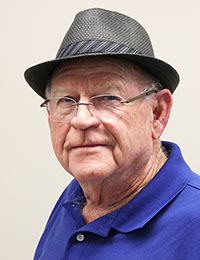 1. Am I concerned about the NSA listening to my phone calls and reviewing my emails without a legal warrant?

2. Do I feel uncomfortable giving my most private records to an untrained or unvetted health navigator.

3. Am I discouraged when my utilities and taxes continue to increase?

4. Do I resent gasoline prices doubling in the last five years?

5. Do I feel unhappy about assuming a large debt to obtain a degree, and then moving out of state to find a good job?

6. Am I uncomfortable knowing that each American family owes approximately $142,000 toward the current national debt?

7. I disagree with the administration printing $85 billion of unsubstantiated money every month.

Adding more frustration, it appears that Social Security, which some paid into for 50 years, does not have any funds saved, was never a so-called “trust fund” and faces insolvency in a few years because the new generation cannot possibly pay for the old generation. Average income alone has shrunk in the last five years for the overburdened middle-class from near $46,000 to only $42,000.

I previously thought it would be good to know the future; however, I do know the future because I have studied the past. The past clearly shows that hundreds of democratic cities, states and nations have voted themselves more goodies than they can possibly produce.

The current unfunded debt that the central government has signed an obligation to pay now exceeds $92 trillion. (Unfunded includes items like pensions and bonds.) The scrapheap of nations that voted a dictatorial central government into power is very large. They abused their national credit card.

For example, the Weimar Republic (Germans) in “selfish want” bankrupted their nation and foolishly elected a popular leader with the name of Adolf Hitler.

Like us, the Germans had been given their freedom through the struggles of previous generations, only to vote themselves bigger benefits including cabarets. Our own Liza Minnelli mockingly made famous the song that scorned the Germans, “Oh Chum! Come to the Cabaret.”

Freedom earned is freedom appreciated. Ask one of the veterans this week if freedom given is often freedom under appreciated. Freedoms taken for granted are eventually given back to an all-controlling central government. Many now seem to prefer temporary grants and self-defeating handouts given by politicians who crave re-election, and the special favors of labor and corporate groups. If appeasements like waivers for hegemonic interests, and their escape from the new health care law, do not cease, then the result will be more polarization and divisiveness.

Ask yourself, did Abe Lincoln feel he was lacking in education, money or family support before he became politically involved? Did Winston Churchill feel his personal wealth allowed him to escape individual responsibility to his fellow man? Did tiny Mother Teresa have a fear of becoming involved? No.

Now is the time for veterans, young inheritors of freedom, and all of us who “want” to protect our freedoms to become politically active and involved. Choose the political avenue you prefer, just accept the personal responsibility of maintaining freedom!