Post-shutdown, pragmatism is in vogue 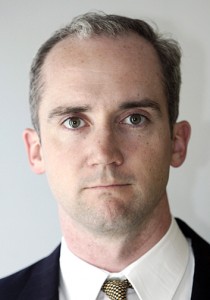 If there’s a lesson from Tuesday’s off-year elections, it might be that during a time of deep divisions within the Republican Party, staunchly conservative GOP candidates who press ideological positions have difficulty winning general elections in competitive states. Candidates with mainstream appeal like Christie in New Jersey and Democrat Terry McAuliffe in Virginia can overcome obstacles that might trip up others.

Christie, in a victory speech aimed at national Republicans, said Americans “angry with their dysfunctional government in Washington” could look to his state as a model for getting things done.

“I know that if we can do this in Trenton, New Jersey, maybe the folks in Washington, D.C., should tune in their TVs right now,” Christie said. “See how it’s done.”

Christie trounced his Democratic opponent, state Sen. Barbara Buono, offering a template for Republicans who want to win and attract a broad coalition of voters. His re-election, the largest by a Republican governor in New Jersey since 1985, could help him make a case for governing as a conservative without ceding the political middle ahead of a possible presidential bid.

In Virginia, McAuliffe held off a late charge by Cuccinelli in a polarizing campaign that exposed liabilities that could drag down both parties next year: President Barack Obama’s health care overhaul for Democrats and a partial government shutdown for Republicans. McAuliffe is a longtime friend of Bill and Hillary Clinton, giving the former secretary of state an important ally should she seek the White House again.

In Republican-friendly Alabama, Bradley Byrne, a lawyer backed by the U.S. Chamber of Commerce, defeated Tea Party-backed candidate Dean Young in a special GOP primary to succeed retiring Rep. Jo Bonner, R-Ala. Byrne will be the heavy favorite in December to hold onto the congressional seat and gives business groups a victory over the Tea Party.

Far from the intensity of a presidential campaign, the low-turnout elections don’t offer a greater meaning into the nation’s political psyche. But Virginia and New Jersey often give parties clues to the electorate’s mood heading into congressional elections.

The backdrop was a partial government shutdown triggered partly by Tea Party demands and a clunky rollout by the Obama administration of the health care law.

In Virginia, exit polls showed that about a third of voters said they were personally affected by the government shutdown, and those who were broke for McAuliffe by nearly 20 points. But Cuccinelli held a narrow edge among those who said health care was their top issue and 53 percent of all Virginia voters said they opposed the health care overhaul passed in 2010. Tea Party leaders and social conservatives said the state attorney general’s vociferous opposition to the health care law narrowed the gap — even though it didn’t overcome a fundraising disadvantage.

“This has got to be a real wakeup call for the Obama White House and Democrats in general,” said Ralph Reed, chairman of the Faith and Freedom Coalition. “If the tail of the Obamacare meltdown could have this kind of impact … then I think they need to be really concerned about the red state Democratic seats” in the 2014 Senate elections.

Both New Jersey and Virginia offered overtones for the 2016 presidential race.

Christie’s advisers were quick to point out that the governor won a majority of women and boosted his support among black and Latino voters, showing that he could compete for voters who comprise Obama’s coalition.

For Democrats, the election may make some wonder if Buono is this year’s version of Garry Mauro, the Texas Democrat who lost to George W. Bush in a lopsided governor’s race in 1998. Some Democrats regretted not competing more aggressively against Bush, who captured the GOP nomination and won the White House in 2000.

But it remains to be seen if Christie’s conservative-yet-pragmatic approach can win over Republicans in places like Iowa and South Carolina, where party loyalists may be skeptical of his post-superstorm Sandy alliance with Obama and his commitment to conservatives on social issues.

Democrats’ win in Virginia gives a boost to the Clinton campaign model of attracting moderates and business-oriented voters while driving turnout among women. McAuliffe’s narrow victory rested on a 9-point edge among women and could offer Democratic candidates in 2014 a model for winning in swing-voting territory — especially if Obama’s support is weakened.

Christie and McAuliffe both outspent their opponents by large margins and aired tough TV ads months before the election to negatively define their opponents, stealing a page from Obama’s playbook against Republican Mitt Romney. No matter the election, the tactics matter.

“We shouldn’t lose focus on the fundamentals,” said Republican strategist Martin Baker, a former adviser to Newt Gingrich’s presidential campaign. He said the races are “textbook examples that money and mechanics remain critical to a successful campaign.”

Yes, there are cures for wintertime blues

Column: A Happy Medium, by Erin Murtaugh With snow falling this week and the holidays quickly approaching, I thought I’d... read more