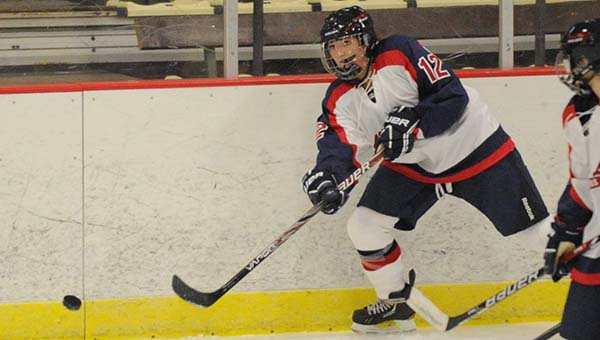 It wasn’t pretty, but a win at home on Monday night was a welcome sight for the Albert Lea girls’ hockey team.

Sarah Savelkoul scored with a little more than one minute left in the third period to give the Tigers a 3-2 victory over Waseca. 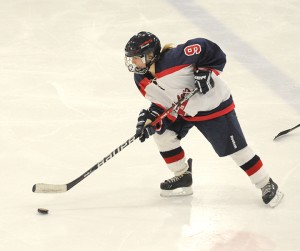 “It wasn’t pretty, but we did end up with a win,” said Albert Lea head coach Laura Hillman. “I know there’s a lot of emotions going through the locker room. We played with heart today. We really did. We dug deep and luckily came out on top.”

Savelkoul hammered home the game-winning goal from the midst of a scrum of players in front of Waseca goaltender, Maddie Helms. Haley Larson assisted on Sarah Savelkoul’s game-winner, her second of the night.

Goaltender Katie Schwarz made the late game-winning goal possible. The junior backstop made a few crucial saves late in the third, and was solid all game. She finished with 16 saves on 18 shots faced.

“Katie had an outstanding game,” Hillman said. “Very well-played on her part, and that’s what she’s there for. She’s a brick wall.”

The Tigers and Bluejays played the first period fairly evenly, and very sloppily. Waseca jumped on the board late in the first with a power play goal. Hillman said that the Tigers were struggling with their emotions in game’s opening period. 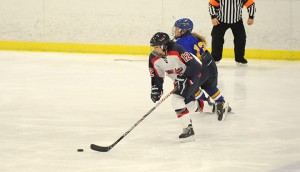 “We were still figuring out who we were as a team,” she said.

Albert Lea looked a lot better in the second. The Tigers got a power play early in the period. Even though they didn’t score on it, they got a lot of quality shots and seemed more comfortable with the puck.

Though they did get the goal with the extra skater, Hillman saw room for improvement.

“With the powerplay today, we were rushing everything,” she said. “We weren’t playing our game. We’re an awesome team, and we know how to play. We just need to calm down, settle down the nerves and just play our game.”

Sydney Overgaard tied the game four minutes in the second period on a pass from Hannah Savelkoul. Sarah Savelkoul’s first goal of the game came six minutes later on a power play, Anna Englin and Kenzie Waldemar were credited with assists on that one.

The Tigers will be back in action when they face off against Austin at home. Puck drop is set for 7:30 p.m. tonight.