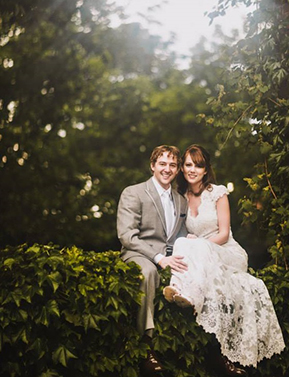 Flower girl was Emily Janssen, cousin of the bride, of St. Augusta.

Junior groomsman was Drew Berg, nephew of the bride, of Brooklyn Park.

The bride is a graduate of Osseo High School and a 2012 graduate of Augsburg College with a Bachelor of Arts degree in political science. She is employed at Blaine High School as a social studies teacher.

The groom is a graduate of Albert Lea High School and a 2011 graduate of Augsburg College with a Bachelor of Arts degree in finance and marketing. He is employed at Affinity Federated Credit Union in St. Paul.

A reception and dance was held at Pracna on Main in northeast Minneapolis following the ceremony.

A wedding trip is planned to Lutsen on the North Shore after the ceremony and the couple also has plans to travel in Europe.