What is it like to be an international refugee?

According to the Office of the United Nations High Commissioner for Refugees, “A refugee is someone who has been forced to flee his or her country because of persecution, war or violence. A refugee has a well-founded fear of persecution for reasons of race, religion, nationality, political opinion or membership in a particular social group. Most likely, they cannot return home or are afraid to do so. War and ethnic, tribal and religious violence are leading causes of refugees fleeing their countries.” 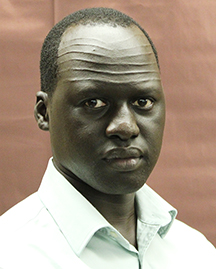 When people are uprooted from their main homes, escaping persecution, they seek refuge in neighboring countries and refugee camps. They may walk for hundreds of miles to safe destinations. On the way, many lives may be lost due to thirst, hunger and disease. If the United Nations is alerted about the situation, it may intervene and provide transportation and emergency food assistance.

If immediate protection is needed, a U.N. peacekeeping force may be deployed to accompany the refugees until they reach their final and safe destination. Normally, the U.N. establishes and prepares a camp immediately in neighboring country for which the refugees are then settled.

When the refugees reach refugee camps, the U.N. provides food aids and items needed such as tents, axes, hammers, cooking pans, etc. It also ensures that the health care and necessary security needed for protecting the refugees is put in place.

Food shortage is very common at the camp. The rations, which normally occur every 15 days, are sometimes delayed leading to starvation and malnourishment. Health care is inadequate at refugee camps and is always due to scarce medical equipment, medicines and trained professionals.

Education is provided at the camps; however, it is hard to find qualified teachers to teach with such limited U.N. funds. Regardless of the situation in the camp, families still take school seriously; only a few may not attend because of hardship and related situations.

Disease is the main killer at refugee camps. The sanitation is usually poor and people have limited access to clean water. Wastes are dumped at nearby tents and huts where flies lay their eggs and produce more flies that spread diseases.

U.N. health care workers encourage good sanitation, but the situation remains the same because of scarce resources. Immunizations are also encouraged; however, many refugee families don’t follow through with the schedules, maybe because they are not well-informed of the consequences or have no knowledge of the benefits.

As people continue to live in refugee camps, nongovernmental organizations such as Catholic Relief Services, Lutheran Social Service, and many other religious and social organizations go to refugee camps and issue affidavit forms for resettling in other developed countries, mainly United States, Australia and other parts of Europe, particularly Scandinavia.

The process is sometimes lengthy depending on the regulations. It involves interviews about life history, background checks and physical exams that test for HIV, tuberculosis and other significant diseases. When the people pass all the requirements, the International Organization for Migration or other state-funded organizations provide cultural orientation, prepare identification documents, flight itinerary and appoint sponsors. The people then fly out to their new countries of resettlement where they are received and further orientated by their sponsors.

After post-resettlement, many refugees suffer from post-traumatic stress disorder because of memories from the wars or natural disasters.

In addition, they become overwhelmed with new challenges and cultural barriers in new countries such as obligations to learn a new language, new way of life and new skills necessary to survive in new environments. Many of them become entangled in working on production lines with lower wages, processing raw materials or packaging products.

Refugees who hold college degrees when they immigrate face difficulty of getting desired jobs. Mostly, this is seen as due to differences in education system or wrong public perceptions toward refugees. With this, the refugees have no choice but to do manual labor or to go back to school, hoping that they will get better jobs after graduation. This frustrates many professional refugees, whereby some begin to view the system as biased or discriminatory against their status.

Depending on cultural norms, refugee families may have more children when they migrate to new countries. Without good-paying jobs to support their large families, this automatically put them at the bottom list of poverty level.

As a result, they relying heavily on public assistance and never seem to get out of poverty. Their children also are more likely to fall under poverty when they reached adult age.

Chang Ruach is a member of the Albert Lea Human Rights Commission and a refugee from Sudan. Chang is also a success coach with Albert Lea Area Schools.