The first woman, Amanda Jo Lynch, 33, was arrested after Albert Lea police reportedly found 44 grams of methamphetamine during a search of her home on Monday.

The second, Lisa Marie Frank, 49, was charged for selling meth to a drug task force informant.

According to court documents, Lynch faces one count of first-degree meth possession. 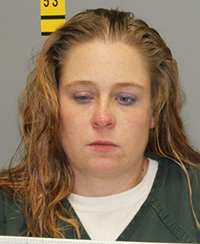 Reports state Lynch was arrested after Albert Lea officers found about 44 grams of the drug in two baggies inside a fake Pepsi bottle at 615 Pillsbury Ave. During the search they found multiple containers with small hidden compartments suitable for hiding drugs or drug paraphernalia, including a fake Bon Ami cleanser container, a Barbasol container, a Scotch Guard pet care container, a WD-40 lubricant container, a fake 24-ounces Pepsi container and a gray coffee mug.

In addition, the officers discovered a digital scale with meth residue, syringes and other paraphernalia, loose pieces of paper that appeared to be drug notes and 14 cellphones, some of which contained notes and references to drugs and trafficking, according to reports.

Surveillance equipment had been installed to provide a view of the front door.

She is next slated to appear in court on Dec. 12. 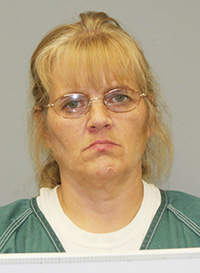 Frank faces one count of second-degree meth sales after she reportedly sold about 5 grams of the drug to a drug task force informant.

She is next slated to appear in court on Dec. 12.