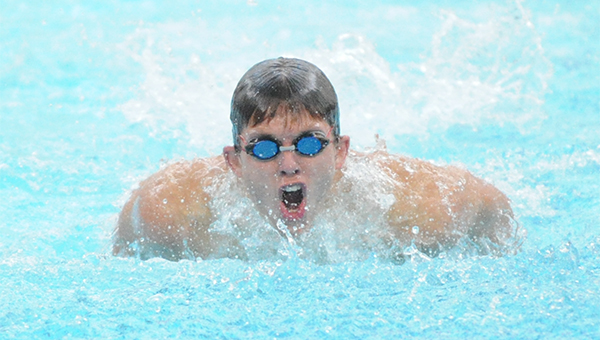 The pool deck and the bleachers at the Albert Lea High School were packed on Saturday for the 39th annual Tiger Relays, and swimmers from the 13 schools in attendance put on a show.

The Tigers finished 12th as a team. 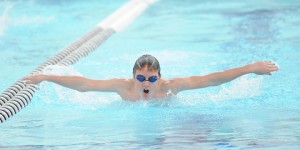 Albert Lea head coach Jon Schmitz said he was pleased with how his team did, especially the 200-yard medley relay team that finished fifth with a time of 1:48.19.

“We put together a really excellent medley relay,” Schmitz said. “They got fifth place and it was the fastest medley we’ve had in a long time.”

The team was made up of Derek Wagner, Daniel Gould, Preston Smith and Larry Holcomb.

“Larry Holcomb had an awesome meet today in the sprints,” Schmitz said.

Schmitz said he has seen some good things from the Tigers so far in the young season.

“All in all, this is one of the better teams we’ve had in the last five years,” Schmitz said. “So I’m happy with it.”

“It’s a real fun meet and it’s great to host it,” Schmitz said. “It’s low-pressure and that’s what it’s all about.”

The Tiger Relays were started by Mankato East head coach Tim Johnson and were held in Mankato at first, but then moved to Albert Lea.

“Because of pool depth requirements it had to be transferred over here,” Schmitz said.