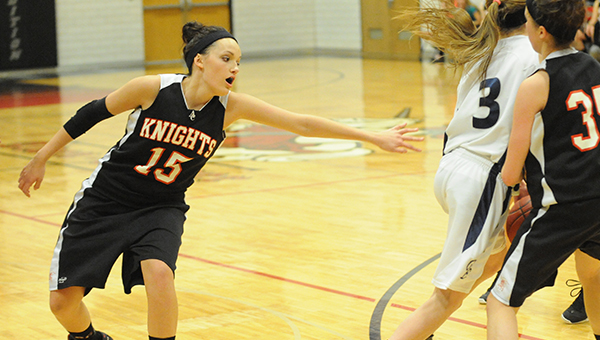 After losing 61-22 against Mankato Loyola on Thursday, the Knights rebounded with a 56-21 win over Glenville-Emmons. 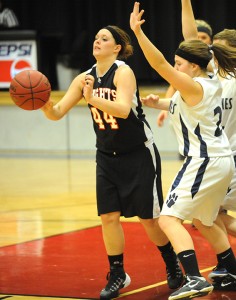 “We had a tough one last night, so we were just looking to come out with some good energy and get our defense going,” head coach Jenny Hovendick said. “We get energy from our fans every time we’re at home. We take a little bit more pride in our play when we’re here.”

The Knights got off to a quick start on Friday, and even though Glenville-Emmons dropped some shots near the end of the first half, Alden-Conger went into the break with a 31-15 lead.

“I think the way we started the game was exactly what we wanted to do,” Hovendick said.

Hovendick said the difference in the game was that the shots were dropping on Friday, something that hadn’t happened often yet this season. Liesel Theusch had 20 points and seven rebounds for Alden-Conger. Madison Erickson had 10 rebounds for the Knights.

“It was good for a lot of the girls just to see the ball go through the basket again,” Hovendick said. “I think some of them had forgotten what that looked like.”

The Knights also played very stingy defense throughout the game, which led to many fast-break opportunities.

“We like to pressure people, and we like to play person-to-person defense,” Hovendick said. “We were disciplined of defense, we got the steals that we wanted and we were able to turn those into points.”

Both teams played most of their players.

“It was fun to get the young kids in there and let them have fun,” Hovendick said. “There’s no need to be running up the score, so we just let everyone feel good about how the game went.”

Alden-Conger will be back in action when it takes on Cleveland on Tuesday. Glenville-Emmons will play Hope Lutheran on Tuesday.