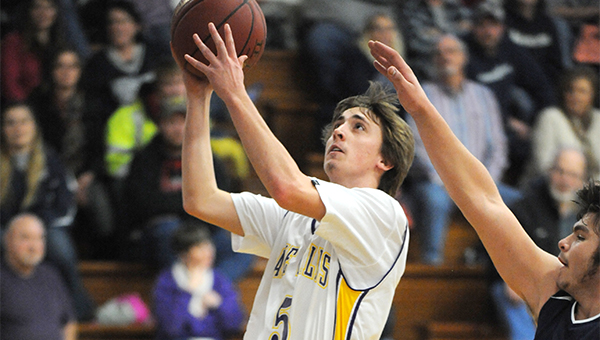 Aggressive defense and a prolific transition game led to a 37-point Bulldogs lead in the first half, en route to a 77-30 win.

Glenville-Emmons trailed 6-7 early in the first half, but an 11-0 Lake Mills run led to a double-digit lead. The Bulldogs had success forcing turnovers with their full- and half-court press, and the lead ballooned to 20 and then 30 points before halftime.

“I’m happy with how the kids came out and competed on the defensive end and finished in transition,” said Lake Mills head coach Kyle Menke. “We have a quick team this year — one of the quickest I’ve had in recent years.”

The Bulldogs had balanced scoring as well. Senior Hunter Kingland led Lake Mills with 16 points, five assists and four steals. Granger Kingland followed his 19-point performance against Northwood-Kensett — where he made five 3-pointers in the first half — by scoring 14 points at Glenville-Emmons.

“Granger’s had a great start to his sophomore year, no doubt,” Menke said. “He didn’t shoot many 3s, but he was solid in all facets of the game and did a really nice job.”

The Wolverines were led by Seth Chapek and Gavin Allison. Chapek scored nine points, and Allison had eight.

“Seth Chapek had a good game,” said Glenville-Emmons second-year head coach Jared Matson. “For a freshman, he came out and was aggressive to the hoop, which was good to see.”

After allowing 52 points in the first half, the Wolverines improved on the defensive end of the court in the second half by holding Lake Mills to 25 points.

“Marshal Hall really picked it up defensively in the second half,” Matson said. “He came out focussed, so I was happy with that.”

Lake Mills and Glenville-Emmons may be across state lines, but the teams know each other well.

“Northwood, Glenville, St. Ansgar and us, we did a four-team rotating summer league,” Menke said. “It’s been good, and it’s fun to match up in the regular season, too.”

Both teams are off to promising starts. Lake Mills dominated each of its games, winning by double digits in each contest and building a 3-0 record.

Glenville-Emmons is 3-3 overall with two close victories: A 52-51 win at Lyle/Pacelli in the season opener, and a 57-54 win at Cleveland.

Next, the Wolverines host Houston at 7:15 p.m. Friday.

“It’ll be a good matchup for us,” Matson said. “The good thing is we’ve got four days of practice to get a few guys healthy and work on the things we need to work on.” 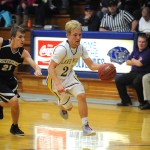 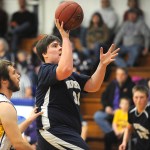 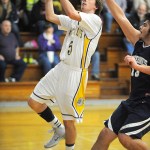 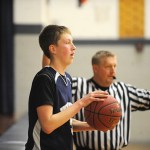 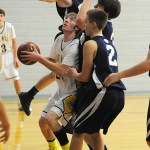 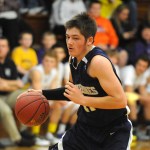 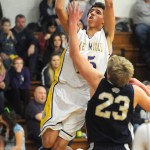 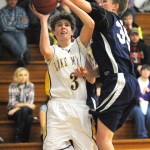 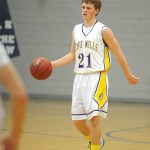