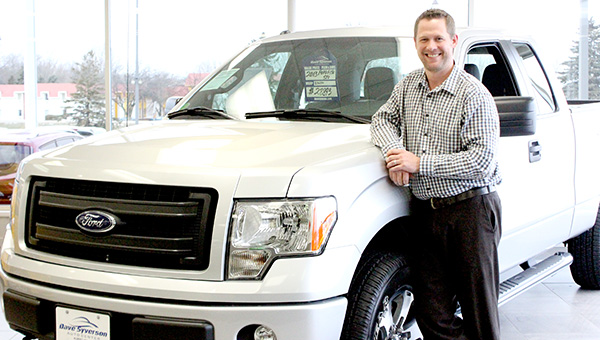 Dave Syverson Auto Center has had a lot of change over the years.

It originally was a Ford dealer but has since added Chrysler, Dodge, Jeep, Lincoln, Nissan, Ram and Volkswagen. Three years ago it went through a remodel. In addition, there is a semi truck shop at the Albert Lea location and one in Rochester.

“We’re never going to be a corporate auto sales dealership. It’s not what we are,” said Kade Vershey, general sales manager. “We don’t have billions of dollars, and we can’t have movie theaters in our waiting room, but we’re about as good a mom and pop shop as there can be. We still know our customers by name, and we still sit and drink coffee with them.” 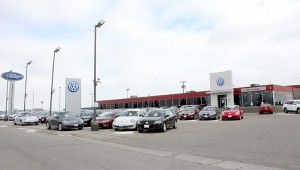 “You have no idea how humbling it is to get this award,” Vershey said. “At the end of the day it’s always a great experience to have your peers recognize something that you’ve achieved.”

The night the award was presented, Chamber of Commerce Director Randy Kehr said the automobile dealership received the honor because of its community involvement, growth as a business and support of chamber programs.

“To win three Albert Lea Tribune Reader’s Choice awards in a row and then this,” Vershey said. “That’s not a sign that we’ve arrived, but it is validation that we are on the right path.”

Dave Syverson Auto Center has been around for 46 years and currently has about 80 employees.

“They’ve obviously done things really well,” Vershey said. “You don’t get to be a business for a half century without doing this well.”

Dave Syverson first bought the store in 1967 and now his son, Bob, runs the day-to-day operations.

“The Syversons are some of the best business people I’ve ever had the opportunity to work with, and they more importantly are the most selfless and caring people I have ever worked for hands down,” Vershey said. “If you work at Dave Syverson’s and you’ve got a problem, they’ll do whatever it takes to help you.”

Vershey has been at the store since May 2009. He came with experience from other dealerships in Owatonna and the Twin Cities.

Being in a small town seemed to suit Vershey better than the Cities.

“I like the accountability of having to see these people at the grocery store,” he said.

When Vershey first joined the Albert Lea business he brought with him a vision that what happens after the ink dries is more important than what happens before.

“More importantly than anything I did is that Bob supported that vision,” he said. “What we talk about, about taking care of people, I believe it to my core. I am obsessive. I believe it has to be that way. I’m passionate about this business. I believe there is such a dark cloud over this business that if someone can just really do it right, then we don’t even know where the potential of this business could go.”

Vershey said his goal and the goal his team strives for is to be the best liked car company in southern Minnesota and northern Iowa.

“I say liked because we as people buy from people we like,” he said.

In the community the company’s owners have been active in the Freeborn County Relay for Life and supportive of the Salvation Army and Big Island Rendezvous.

Vershey has signed up for his second three-year term as an Ambassador and is active in promoting the chamber’s golf outing.