Steve and Sue Gregerson of Albert Lea and Luane Lau and Darcy Knudson, both of Glenville, announce the engagement of their children, Tricia Gregerson and Derek Lau.

The bride’s grandparents are Vern and the late Harriet Classon and Bernie and the late Charles Gregerson, all of Albert Lea. 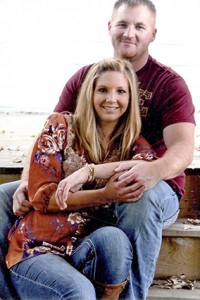 The groom’s grandparents are Harold and Nancy Houg of Glenville and Marjorie and the late Clifford Lau of Albert Lea.

The bride is a graduate of Albert Lea High School and Gustavus Adolphus College. She is employed at Renewable Energy Group.

The groom is a graduate of Glenville-Emmons High School. He is employed at Xcel Energy.

An April 26, 2014, wedding is planned at First Lutheran Church in Albert Lea.