A quick review of the long and illustrious career of Facts reveals some of the world’s most cherished absolutes: Gravity makes things fall down; 2 plus 2 equals 4; the sky is blue.

But for many, Facts’ most memorable moments came in simple day-to-day realities, from a child’s certainty of its mother’s love to the comforting knowledge that a favorite television show would start promptly at 8 p.m. 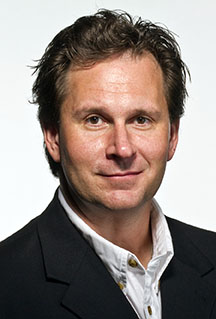 Over the centuries, Facts became such a prevalent part of most people’s lives that Irish philosopher Edmund Burke once said: “Facts are to the mind what food is to the body.”

To the shock of most sentient beings, Facts died Wednesday, April 18, after a long battle for relevancy with the 24-hour news cycle, blogs and the Internet. Though few expected Facts to pull out of its years-long downward spiral, the official cause of death was injuries suffered last week when Florida Republican Rep. Allen West steadfastly declared that as many as 81 of his fellow members of the U.S. House of Representatives are communists.

Facts held on for several days after that assault — brought on without a scrap of evidence or reason — before expiring peacefully at its home in a high school physics book. Facts was 2,372.

“It’s very depressing,” said Mary Poovey, a professor of English at New York University and author of “A History of the Modern Fact.” “I think the thing Americans ought to miss most about facts is the lack of agreement that there are facts. This means we will never reach consensus about anything. Tax policies, presidential candidates. We’ll never agree on anything.”

Facts was born in ancient Greece, the brainchild of famed philosopher Aristotle. Poovey said that in its youth, Facts was viewed as “universal principles that everybody agrees on” or “shared assumptions.”

But in the late 16th century, English philosopher and scientist Sir Francis Bacon took Facts under his wing and began to develop a new way of thinking.

“There was a shift of the word ‘fact’ to refer to empirical observations,” Poovey said.

Facts became concrete observations based on evidence. It was growing up.

Through the 19th and 20th centuries, Facts reached adulthood as the world underwent a shift toward proving things true through the principles of physics and mathematical modeling. There was respect for scientists as arbiters of the truth, and Facts itself reached the peak of its power.

But those halcyon days would not last.

People unable to understand how science works began to question Facts. And at the same time there was a rise in political partisanship and a growth in the number of media outlets that would disseminate information, rarely relying on feedback from Facts.

“There was an erosion of any kind of collective sense of what’s true or how you would go about verifying any truth claims,” Poovey said. “Opinion has become the new truth. And many people who already have opinions see in the ‘news’ an affirmation of the opinion they already had, and that confirms their opinion as fact.”

Though weakened, Facts managed to persevere through the last two decades, despite historic setbacks that included President Bill Clinton’s affair with Monica Lewinsky, the justification for President George W. Bush’s decision to invade Iraq and the debate over President Barack Obama’s American citizenship.

Facts was wounded repeatedly throughout the recent GOP primary campaign, near fatally when Michele Bachmann claimed a vaccine for a sexually transmitted disease causes mental retardation. In December, Facts was briefly hospitalized after MSNBC’s erroneous report that GOP presidential candidate Mitt Romney’s campaign was using an expression once used by the Ku Klux Klan.

But friends and relatives of Facts said Rep. West’s claim that dozens of Democratic politicians are communists was simply too much for the aging concept to overcome.

As the world mourned Wednesday, some were unwilling to believe Facts was actually gone.

Gary Alan Fine, the John Evans Professor of Sociology at Northwestern University, said: “Facts aren’t dead. If anything, there are too many of them out there. There has been a population explosion.”

Fine pointed to one of Facts’ greatest battles, the debate over global warming.

“There are all kinds of studies out there,” he said. “There is more than enough information to make any case you want to make. There may be a preponderance of evidence and there are communities that decide something is a fact, but there are enough facts that people who are opposed to that claim have their own facts to rely on.”

To some, Fine’s insistence on Facts’ survival may seem reminiscent of the belief that rock stars like Jim Morrison are still alive.

Poovey, however, who knew Facts as well as anyone, said Facts’ demise is undoubtedly factual.

“American society has lost confidence that there’s a single alternative,” she said. “Anybody can express an opinion on a blog or any other outlet and there’s no system of verification or double-checking, you just say whatever you want to and it gets magnified. It’s just kind of a bizarre world in which one person’s opinion counts as much as anybody else’s.”

Facts is survived by two brothers, Rumor and Innuendo, and a sister, Emphatic Assertion.

Services are alleged to be private. In lieu of flowers, the family requests that mourners make a donation to their favorite super PAC.

Rex Huppke is a columnist for the Chicago Tribune and a noted hypocrisy enthusiast. You can email him at rhuppke@tribune.com or follow him on Twitter at @RexHuppke.