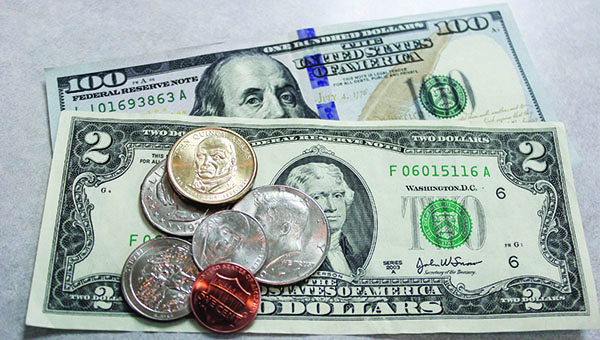 Planning on giving money as a gift this year for Christmas?

Local bankers say people might have to take a few extra steps if they are looking to find and give specialty coins.

Jenni Miller, customers service representative at Farmers State Bank, said the people who come into her bank rarely ask about specialty coins; instead, they’re going after new, crisp bills ranging from $1 to $100 bills, including $2 bills.

Aside from paper bills, Miller and Gayle Harig, branch manager of American Bank in Albert Lea, said they do not see enough demand to order specialty coins at their banks, so what they circulate is mainly what has come in through deposits.

Harig said she thinks the older generation — mainly 70 and older — seem to be more interested in collecting or purchasing special coins than other age groups.

“I think it’s more nostalgic for that generation,” she said.

She said there used to be a larger interest for the different quarters and $1 coins when they first came out but interest has seemed to fade over the years.

Though she knows a lot about the different coins that have come out over the years, Harig said the only coins she has collected are a handful of foreign coins and a handful of coins his father had when he was in World War II.

She said while her bank has a few coins on hand that have been deposited there, people should probably go to a coin dealer if they want to purchase other special coins.

The U.S. Mint website gives a description of what is available. Here are some of them:

Presidential $1 coin
Starting in 2007, the U.S. Mint started releasing the presidential coins.
Four coins are released each year.
They feature the Statue of Liberty on back side and then an image of a former president on the other. They are being released in the order the presidents served.
To be released in 2014 are Warren G. Harding, Calvin Coolidge, Herbert Hoover and Franklin D. Roosevelt.

Return to Monticello nickel
This coin depicts an image of Pres. Thomas S. Jefferson based on a Rembrandt Peale painting of 1800, along with a restored 1938 design of Jefferson’s Virginia home of Monticello.

Lincoln penny
The Lincoln penny is the longest-running coin series in the history of the United States. The back of the new penny, designed in 2010, depicts a Union shield.
In 2009, the U.S. Mint issued four different one-cent coins in recognition of President Abraham Lincoln’s birth. They represented his birth and early childhood in Kentucky, his formative years in Indiana, his professional life in Illinois and his presidency in Washington, D.C. 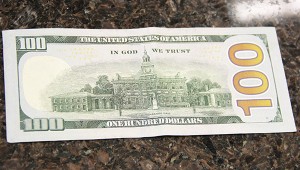 The new $100 bill was released in October. It features several new security features out of an attempt to reduce counterfeiting.

$100 bill
The new $100 bill was released in October and features extra security features, including a 3D security ribbon, a watermark and raised printing, among others. It features Benjamin Franklin and the back of Independence Hall, as opposed to the front as seen in prior $100 bills.

$2 bill
This bill features U.S. President Thomas Jefferson. It is still produced today, though it is seldom seen in circulation. It is a favorite of grandfathers to give to grandsons.

These feature Sacagawea on the obverse side of the coin plus contributions made by Indian tribes on the reverse side.

The 2014 coin illustrates how native hospitality ensured the success of the Lewis and Clark expedition.

Dozens of other commemorative coins

Announced to be released in 2014 is a new coin program for the National Baseball Hall of Fame.