In recent weeks there has been a flare-up of discussion at the Capitol and in editorial pages across the state regarding property taxes and cities’ use of the $80 million boost to local government aid approved by the Legislature at the end of the 2013 session. 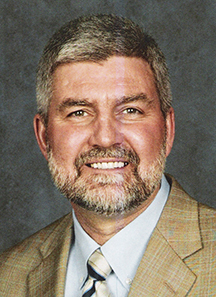 Many have expressed concern that despite the increase in aid, preliminary levies for cities are slated to increase 2.1 percent, rather than go down. However, after 10 years of being battered by cuts, stagnant funding and the Great Recession, I urge those critics to look at what is happening in our cities through a different lens.

The money that Gov. Mark Dayton and the Legislature brought to cities during the 2013 session did exactly what it was designed to do. It allowed cities to hold the line on property taxes (or in some cases reduce them) and restore much-needed critical services that had fallen victim to years of significant cutbacks.

A look into the past will give us a little perspective on the 2.1 percent preliminary levy increase:

• Even if we assume that cities don’t drop their preliminary levies at all before setting their final 2014 levies, the statewide average property tax increase of 2.1 percent would be the third-lowest increase in the past 25 years.

• Even more, a 2.1 percent levy increase is less than half of the annual average increase (5.3 percent) that cities experienced over the past 10-year period.

What does this tell us? That even if levy reduction were the only goal, state policy is working. However, this is where a fixation on whether the final levy is a net 1 percent decrease or a net 1 percent increase is misplaced.

Any city leader can rattle off a lengthy list of delayed infrastructure projects, positions eliminated or forced to remain vacant, purchases deferred, wages frozen and services reduced in the last decade. The 2013 legislative session provided cities a chance to restore and catch up on some of those needs, if only a little bit:

• In Glencoe, we are able to replace two 15-year-old trucks in our street department while reducing our levy by 1.2 percent.

• In Windom, which is holding its levy flat, LGA is making it possible for the city to purchase a new fire rescue truck to replace one that is more than 20 years old and to partner with the school district to provide a school resource officer.

• In Winsted, where the levy is also being held flat, the city is finally able to provide a modest wage increase to employees after years of no increases. The city is expanding its library and paying for engineering costs related to upgrading and replacing mechanical items at its wastewater treatment facility.

These examples were made possible by the investment the state made in LGA. Similar stories of property-tax restraint and community reinvestment are happening in almost every city in Minnesota.

Gov. Dayton and the majority in the Legislature took a political risk by investing in local governments, and local leaders of every political persuasion are grateful for their courage and faith in us. I urge those legislators and policymakers to take pride in the accomplishments of the last legislative session and start planning on how to use the upcoming session to capitalize on the gains that were made.

In the case of the preliminary local government levy numbers, the focus should not be on whether the total levy experiences a slight increase or decrease. Rather, the focus should be on how cities are using their money to benefit their residents.

Are communities safer because an extra cop is on the beat or a reliable snowplow is ready to go for the next blizzard? Do we have better infrastructure to support business growth? Are we treating our city employees fairly by approving a small wage increase?

Instead of looking solely at numbers or percentages, we must look at the bigger picture, which shows that most cities have been able to keep property taxes in check while at the same time make their communities stronger.

Randy Wilson is the mayor of Glencoe and president of the Coalition of Greater Minnesota Cities.