High-risk sex offender getting out of prison, coming to Albert Lea

A high-risk sex offender from Albert Lea is slated to move back into the community in January after completing his prison sentence.

Joseph Harry Jensen, 58, has been cleared by the Minnesota Department of Corrections to be released from prison in Oak Park Heights on Jan. 6 to move to the 500 block of Pillsbury Ave. 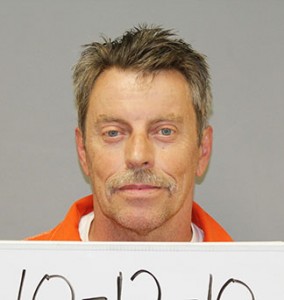 A notification fact sheet states Jensen has a history of sexual contact, including penetration, with female victims ages 14 and 15. He was known to his victims.

The Albert Lea Police Department has scheduled an informational community meeting to discuss his release for 6 p.m. Jan. 2 at Grace Lutheran Church.

Jensen is classified as a Level 3 offender because he has the highest likelihood of reoffending.

He is described as being 5 feet 7 inches tall and weighing 145 pounds. He has gray hair.

There are two other Level 3 offenders living in Albert Lea.

The first is Tai Lars Stadheim, who has been living in Albert Lea since he was released from prison in April 2010. He has a history of sexual contact with juvenile female victims, including fondling. He was known to his victims.

The Minnesota Department of Corrections states his registered address is on the 2100 block of East Main Street.

The second is Paul Arthur Berg, who lives in the vicinity of Capri Avenue and Gene Street.

According to police, Berg has a history of sexual contact with girls ages 4 to 5, including fondling. He was known to his victims.

He also has a history of sexual conduct with girls ages 9 to 15, including soliciting victims for sex and indecent exposure in public. He was not known to those victims.

Level 3 offender Lorenzo Torres, who had been slated to move to Albert Lea in November, is being held in the Freeborn County jail until a judge decides whether to commit him to a civil institution.