Memorial services for Shirley A. Felt, age 81, of Albert Lea, will be at 11 a.m. Thursday at the United Methodist Church. The Rev. Tom Biatek will officiate. Interment will be in Hillcrest Cemetery at a later date. Visitation will be from 5-7 p.m. Wednesday at the Bayview/Freeborn Funeral Home and one hour prior to the service at the church on Thursday. Online condolences are welcome at www.bayviewfuneral.com. 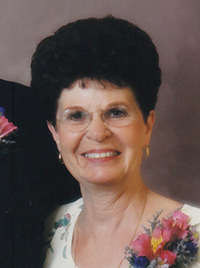 Shirley Ann Felt was born on Nov. 12, 1932, in Charles City, Iowa, the daughter of Lyle and Mildred (Gillahan) Keiser. She grew up in Charles City and moved to Austin, during her senior year of high school. Shirley graduated from Austin High School in 1951. She was married to Ronald Felt at the United Methodist Church in Austin on Nov. 22, 1951. After her marriage, Shirley worked at several jobs including the Johnson Laundry, Piggly Wiggly and Duffy’s. She worked at Land-O-Lakes for 16 years. Shirley was a member of the United Methodist Church and the Freeborn County Humane Society. She enjoyed watching and feeding birds. She also took in and fostered cats for the humane society. She loved the time she spent with her grandchildren and great-grandchildren. Family was very important to her. Blessed be her memory.

Shirley was preceded in death by her parents, her son Thomas and her grandson Matthew.

Memorials are preferred to the Freeborn County Humane Society or to St. John’s Lutheran Home.