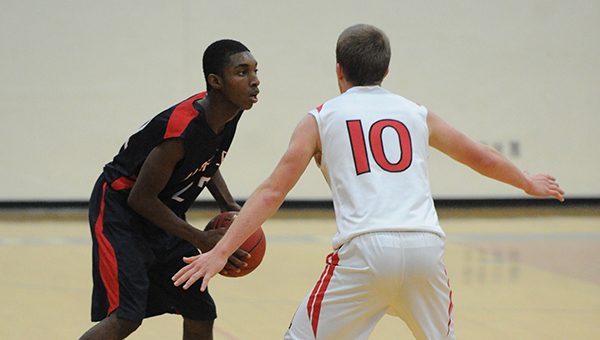 “I liked how we shared the ball,” said Albert Lea head coach Lucas Kreuscher. “It’s important how patient we were offensively, and our shot selections continue to be outstanding.”

However, the Packers were able to pull away with 2 minutes left in regulation to win 66-53.

Goding Wall posted a double-double, Teslock Kuey was one rebound away from his second straight double-double and Charlie Morris led the Tigers backcourt with 13 points.

Morris caught fire from beyond the arc in the second half. He hit a trio of 3-pointers and added a 15-footer to keep Albert Lea’s deficit minimal.

“The team was moving the ball and gave me the opportunity to shoot,” Morris said. “It was a real team effort.”

Austin entered the game ranked No. 4 in Class AAA. But the Tigers weren’t intimidated and took a 6-2 lead after the opening tip.

“We were ready, and I knew these guys were going to play hard from start to finish,” Kreuscher said. “I thought we did a good job of keeping them uncomfortable and on their heels a little bit.”

Austin answered with a 9-0 run, but Albert Lea didn’t go away. A 3-pointer by Jacob Kilby gave the Tigers a 12-11 lead 9 minutes before halftime.

In the second half, Albert Lea erased its deficit and took a two-point lead, 35-33 on a 3-pointer by Morris.

“He’s getting more comfortable with what we want him to do,” Kreuscher said about Morris. “We know he’s got a high potential.”

However, Austin’s Nik Gasner answered from downtown on the next possession and the Packers built a 9-point lead. The Tigers still didn’t go away. A steal and layup by Cole Keyeski and a steal and dunk by Kuey on consecutive possessions had Tiger fans in a frenzy and brought Albert Lea within five points, 56-51.

An Austin 3-pointer on the Packers’ next possession silenced the crowd, and Albert Lea’s deficit ballooned to double digits.

View the box score in the Scoreboard: Dec. 10 post. 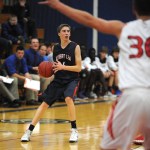 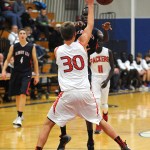 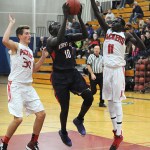 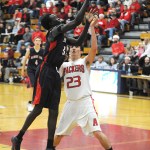