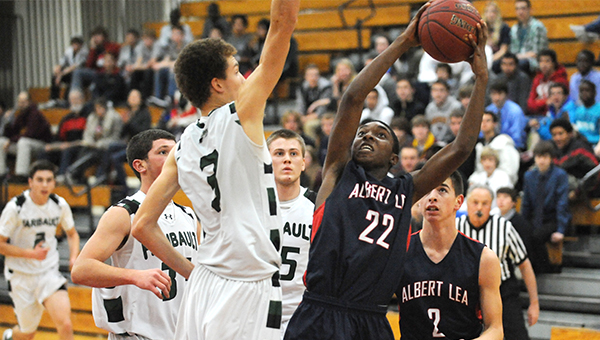 The Tigers scored the first points of the game on a dish from Jakob Kilby to Goding Wal, and Albert Lea’s lead grew to 11 points (15-4).

However, Faribault cut its deficit to three points at halftime (28-25).

In the second half, Albert Lea head coach Lucas Kreuscher said his team was able to set the tempo by playing strong on the glass.

“We played our best half of the season rebounding the ball,” he said. “Then we were able to run. We had 14 points in transition in the second half, and they had two.”

“We did a good job of attacking the rim when it was there,” Kreuscher said.

The Rockets are coming off a 53-36 win over Rochester Mayo.