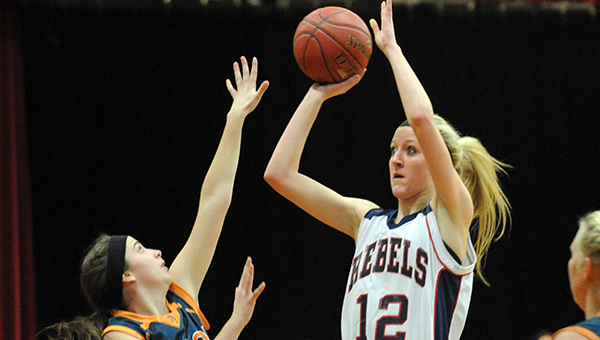 ST. CLAIR — The United South Central girls’ basketball team controlled the glass during its game with Legacy Christian Academy — and that was the difference. 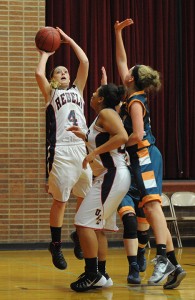 USC hauled down numerous offensive and defensive boards Monday night, and the former led to many second-chance points.

Junior Anissa Janzig had 15 points and 11 rebounds in the game. She had a double-double in each game USC played in the tournament. Freshman Shianne Robertson made her first varsity start and made the most of it. She had 24 points and 14 rebounds.

“The first two nights of this tournament we really struggled on the boards,” Hendrickson said. “But I think that’s the biggest difference in the game tonight, was our rebounding.”

“We played a lot of zone, and the idea of the zone is to make them shoot from the perimeter,” Hendrickson said. “They made some shots that I didn’t know they were going to make, so credit to them that they made some shots, but I think for the most part we kept them to one shot. If they didn’t make it, we got most of those rebounds.”

Hendrickson said he was impressed with how his team rebounded after dropping the first game in the tournament and added that this wasn’t the first time the girls have thrived after some adversity.

“This team, if they’re anything, they’re resilient,” he said. “They don’t let a lot bother them. We don’t have a deep bench and they bounce back really well. They’ve done that every single season they’ve been playing for me.”