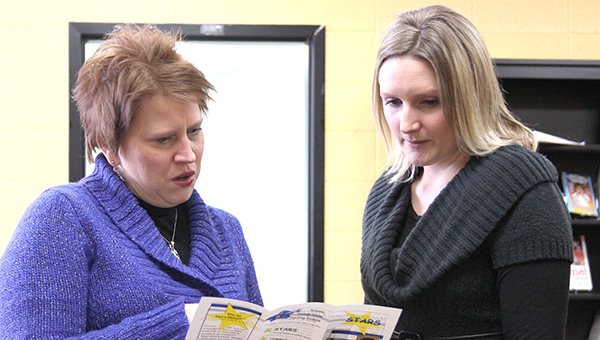 On Friday morning Mary Jo Volkman was busy instructing her adult education class on how to deal with their children’s tantrums. The class is one of several adult education classes she teaches at Brookside Education Center in Albert Lea. As the class ended, she paused to talk to parents and tell them about her new job.

“I can’t wait to start my new position,” Volkman told them.

Volkman began Jan. 13 as the coordinator of the mentoring program called Success Through Adults Reaching Students, or STARS. However, Volkman didn’t drop her present role as an instructor with the Albert Lea School District’s Early Childhood and Family Education.

She said she believes her experience working with parents has prepared her for the position. 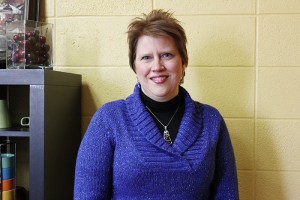 Mary Jo Volkman took over as coordinator for the mentor program this January.

Volkman has lived in Albert Lea her whole life. She received her master’s degree in family life and child development from Minnesota State University, Mankato. Volkman has worked as a parent educator in the district for 20 years.

When Volkman saw the posting for the job, she called retired coordinator Carolyn Smith right away. Smith had been in the role for 12 years. Volkman was in search for another part-time job and jumped at the chance to apply for coordinator.

“It is exciting to start the new year with a new adventure,” Volkman said.

Since being selected, she has worked to get the word out about the program. STARS matches up a child with an adult volunteer. Matches meet once a week for a few hours to do an activity. Mentors are in short supply, especially men, Volkman said.

“Boys especially need a father figure,” she said. She hopes she will be able to recruit more men for the program.

Volkman sees her biggest challenge as recruiting mentors. She plans to speak to larger groups and people she comes across in the community. She is working to plan group activities and is excited to interact with mentors and mentees in a group setting.

“There are so many great resources in the community,” Volkman said. “The possibilities are endless.”

Since taking over, she has matched a young girl with a mentor and enjoyed seeing the little girl’s face light up.

The program received a two-year Youth Intervention Program grant from the Minnesota Department of Public Safety, which will keep the program running, in addition to ongoing fundraising efforts.

Volkman said she has big shoes to fill and doesn’t plan to make any major changes.

“I think Carolyn has done a fantastic job,” she said.

She has a meet-and-greet event coming up from noon to 3 p.m. Saturday at the Albert Lea Family Y.