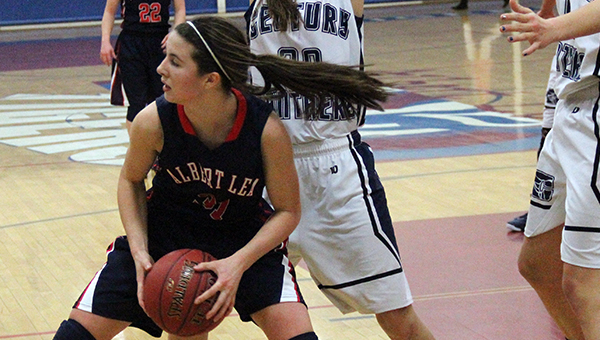 For a team that’s been on the wrong side of multiple close games this season, the Albert Lea girls’ basketball team added a close win to its resumé on Friday night.

The Tigers beat Rochester Century 54-49 at home. It was the Albert Lea’s second game in consecutive nights because cold temperatures canceled school on Tuesday and forced the Tigers’ game at Mankato West to be rescheduled to Thursday. 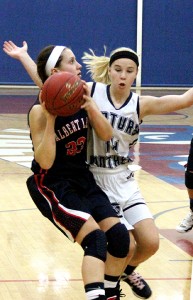 Albert Lea head coach Lindsey Hugstad-Vaa said she hoped Friday night was a “turn the corner” game for the Tigers.

“I hope so,” she said. “Things are starting to click, and hopefully we get a few games where we’re playing well and we’re getting some wins and getting confidence up for them.”

Hugstad-Vaa said she was impressed with the way that Albert Lea bounced back from Thursday’s 64-52 overtime loss at Mankato West.

Albert Lea built up a double-digit lead in the first half on Friday, and the Tigers led Century 31-21 at halftime.

“That was very helpful going into the second half,” Hugstad-Vaa said. “We’re always a team that starts slow and behind in the first half and then comes back in the second half. So it was nice to have a little cushion to be able to be a little more patient.”

In the second half, the Panthers made a comeback bid, but even though the Tigers’ defense bent, it didn’t break. Century was able to cut its deficit to three points, but the Tigers never relinquished the upper hand.

Albert Lea had 13 steals in the game, and many led to some fast-break opportunities.

“Our defense was good,” Hugstad-Vaa said. “Boxing out was OK. We need to step that up and work on a few rebounding things, but overall the effort was there and especially playing back-to-back games that’s hard because the same kids play a lot of minutes.”

After Century cut Albert Lea’s lead to three points, Tigers senior guard Bryn Woodside rounded up the other four players on the court before a Rochester Century free throw. After the conference, the Tigers extended their lead and were able to put the game away with free throws.

“She gathered everyone together, and that shows great leadership,” Hugstad-Vaa said. “Everyone calmed down and was fine. That’s what we need to do because the game goes in runs, and you’re going to have times where it’s really close. She did a great job of pulling them together, and they stayed composed.”